This year we played in the Orchestra under the slogan: Wind in the sails! 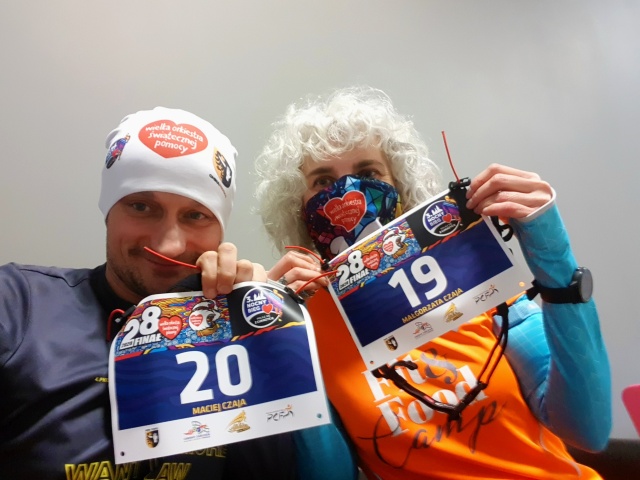 And for us zawiało, on the way to Prusice. On site we felt chilled cold but soon warmed up the atmosphere. Before leaving the course we had a moment of doubt, but the review of the existing gear medals of the Great Orchestra of Christmas Charity and the fact, that ran in the first and second edition mobilized us. It also found, that a year ago he looked exactly the same way our weekend: Winter Slezanski Half Marathon Saturday and Sunday run “Count of diabetes in Prusice”, so you have to repeat the challenge. 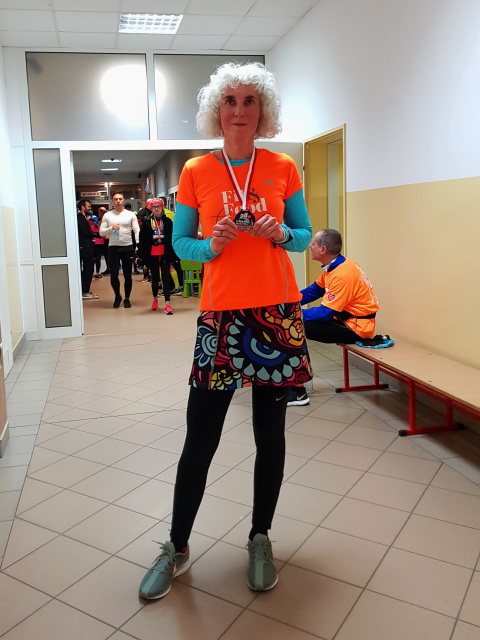 traditional route 5 km led us to new sections of cycle Run in Prusice. We did not know what to expect, ran in the dark – of course Headlamps. Hardly what I saw around me, A new route is quickly routed entirely on asphalt away from the market. And the like!
Photo. WOŚP Prusice 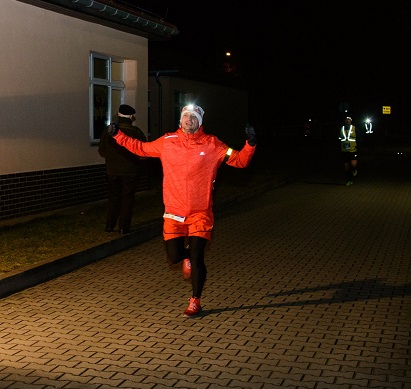 I took off and ran what breath, I wanted to warm up and had wind in their sails! Friends warned on the way, that too much, too fast, that 2 km to the finish line will be under the wind, I have a mountain in the legs 24 km Saturday. I do not listen – I ran, Faded and of course with my cosmic momentum 4:15 I held 4:30 medium to the finish. A woman came to the second, and I was very happy! 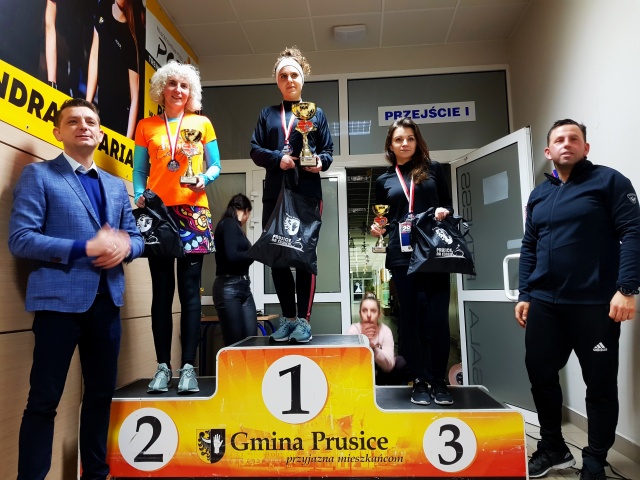 It would be nothing to regret. The calendar for this year we have entered another racing in Prusice and fast route tempting though participation in one step Prusice Run.
5K: 00:22:38 (2 OPEN) in 00:23:41