I was extremely excited and proud, We have been chosen to carry the Polish flag during the parade. The event was organized on the occasion of special 30 anniversary of playing marathon. 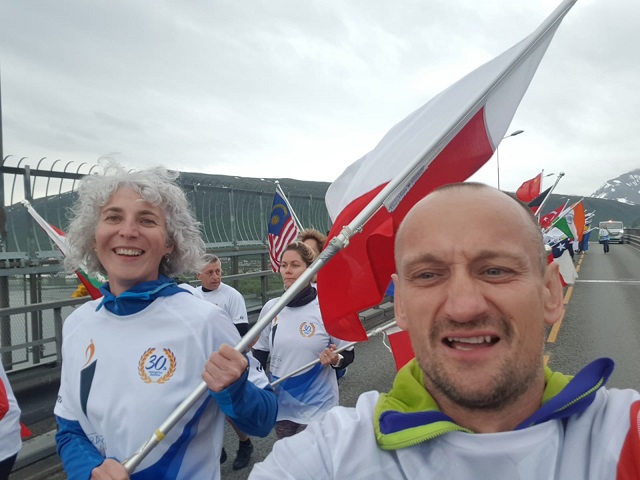 The event was prepared according to the scenario, which assumed the fire building and then running through the center of the city and passing the torch. Gallery of flags with runners participating in the marathon, presenting the state, He attaches the Arctic Cathedral – Tromsdalen church to accompany “fire” to set the torch on the square in the center of Tromsø. 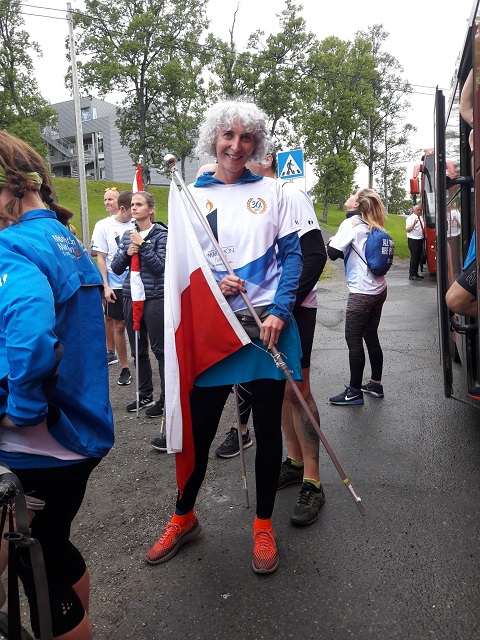 More than 60 people, merry company and its friends from Northern Runners and self-proclaimed bellwether Singapore. There was a lot of laughter and confusion despite, that in advance by e-mail we received detailed instructions, event program and tips. 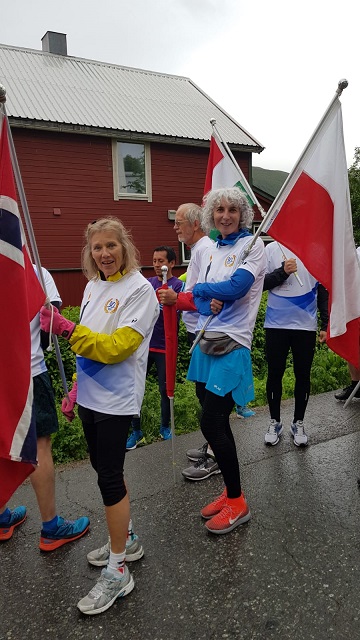 On-site collection received T-shirts specially prepared for the occasion and rehearsed the moment of lighting the torch, Then we were taken by bus to the Arctic Cathedral, where the flags were distributed and waited for the arrival of the torch. 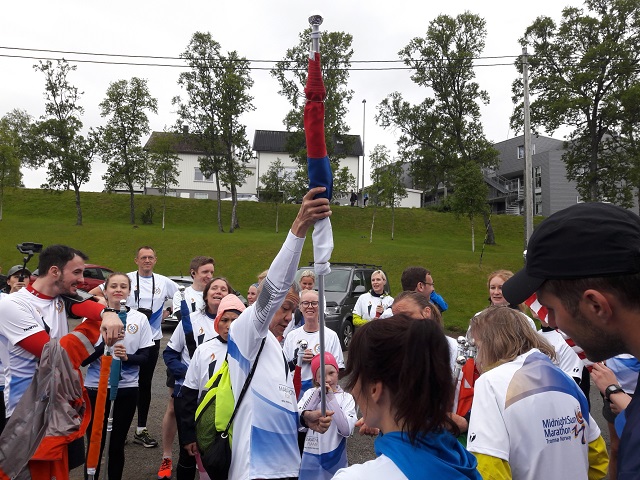 As the runners passed the Olympic torch itself, We ran to the center with flags, where the fired torch and cross-country skiing holiday in Tromso officially begun.
Photo. Truls Tiller 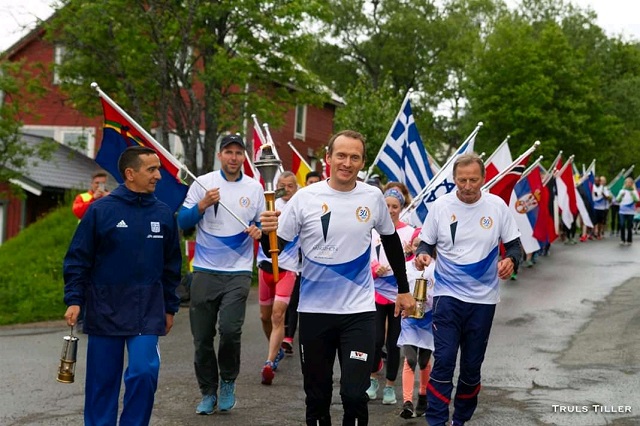 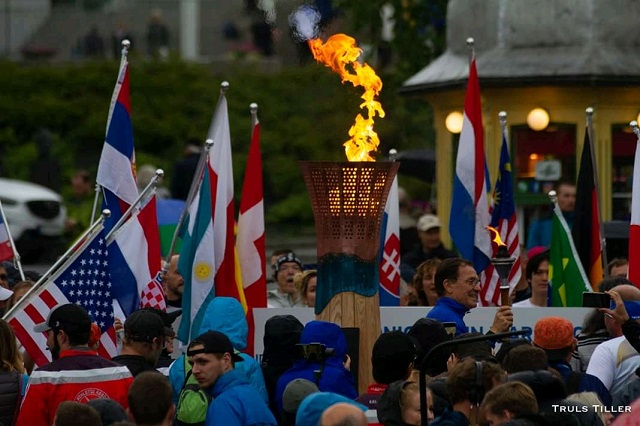 Concert on the square took this opportunity and we drove to the pasta party. A nice gesture by the organizers of the tent was one of the sponsors, where you could help yourself to drinks, bułkami i sokami.
Photo. Truls Tiller 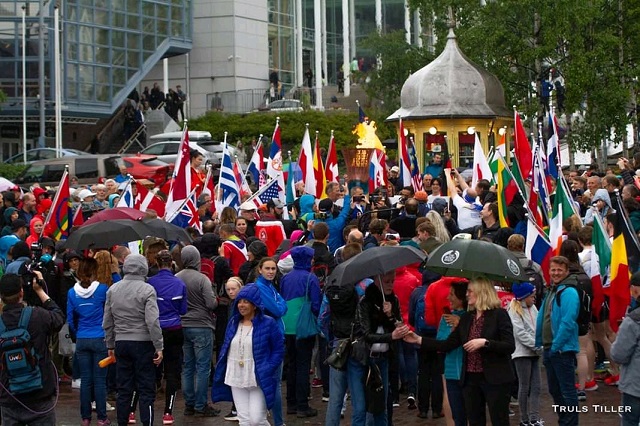 As the pasta party testers as we, it was worth the price. Here a small digression on prices. Yes confirm in Norway is not cheap. For us it was significantly more expensive than in Israel (where it is expensive). Visit the shop and the bill may make one heart palpitations. Pasta party was not cheap, but looking at the prices in restaurants, pubs this price was very "bargain". The only drawback was that the pasta party, that as we sat in the room and waited for the food to be found, that does not need to walk to the dining room. Maybe it intended workout before the race? The food was served buffet: pasta served cold, heat, snap, seafood. 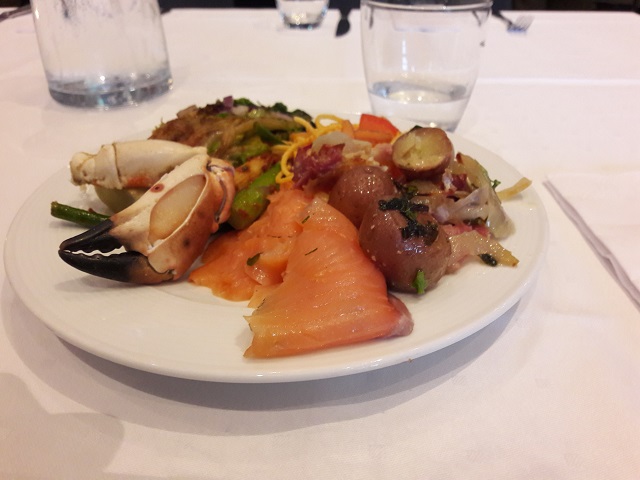 shrimps, crabs and the famous Norwegian salmon, yummy! Of course, the pasta party is mainly an opportunity to learn runners from all over the world and listen to the history of cross-country. We sat down with the young Swiss, for which it was to be the first marathon and seasoned Englishman trailowcem. Race stories put an end to the end of the event.