Norwegian salmon that is run in Tromsø – Mini Classic race
Created by: Goshia

Norway eco-friendly country, where around every corner lurks a parked Tesla and storefronts okraszają stuffed polar bears and reindeer!
Photo. Zoltan All 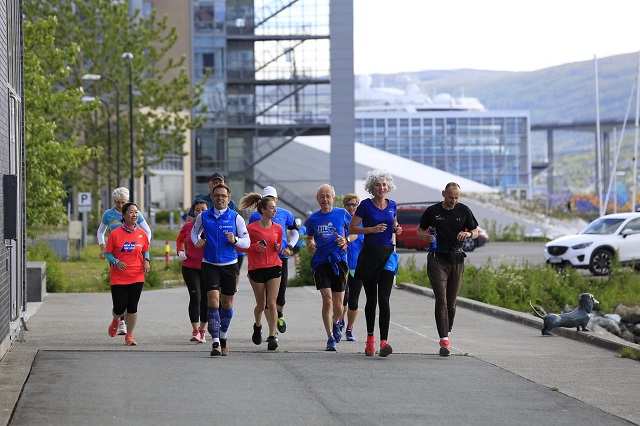 The only constant, you can count on in every corner of the world is nature. Always amazing and incredible. In Tromsø was magically, sternly and majestically. I felt like a researcher who come to polar station and not a participant of the marathon. The organizers provided a number of additional attractions, which were the strongest side of the Midnight Sun Marathon (MSM). 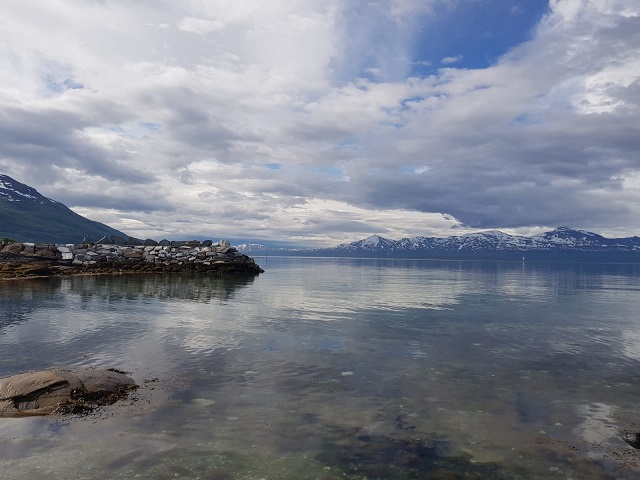 On Friday morning they held an open training sessions with local groups running gear. Three different groups, three other routes and start times. Originally we planned to go on all three gears, because it was a difficult choice. Plans quickly crystallized - the first training early, we chose the second and the third has not managed to return.
Photo. Zoltan All 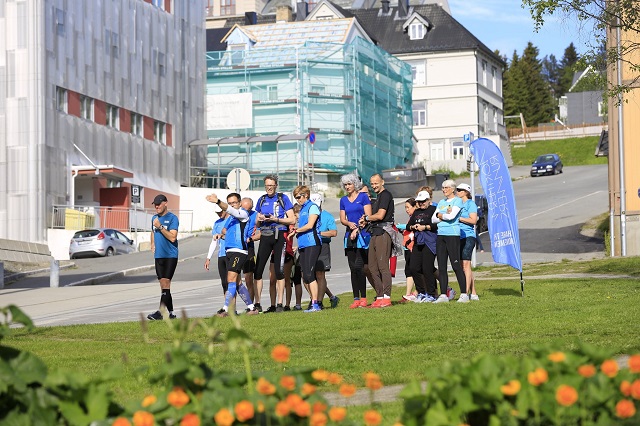 And so at 8 stawiliśmy the collection of the City Hall, where he was greeted by a group of Northern Runners. The number of participants was not a stunning but the group turned out to be the best. We ran around 4 km to the beach, where volunteers, consisting only of lokalsów benefited from the bath - brisk. For less hardened refreshments waiting: coffee and cake.
Photo. Zoltan All 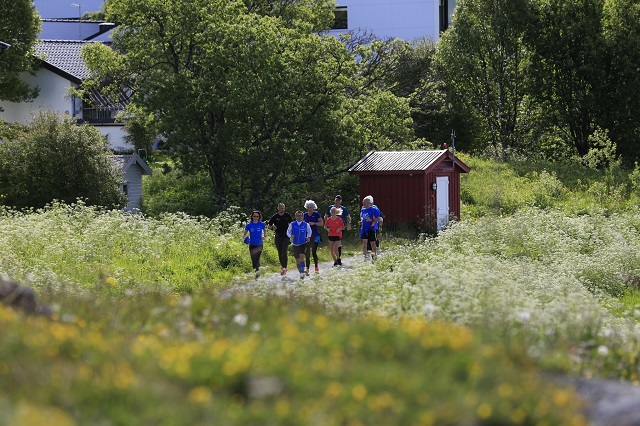 The weather was wonderful views amazing, head of the group poopowiadał us about Tromsø, marathon race and life. We ran waterfront, near Polar Museum, routes przebieżek local runners.
Photo. Zoltan All 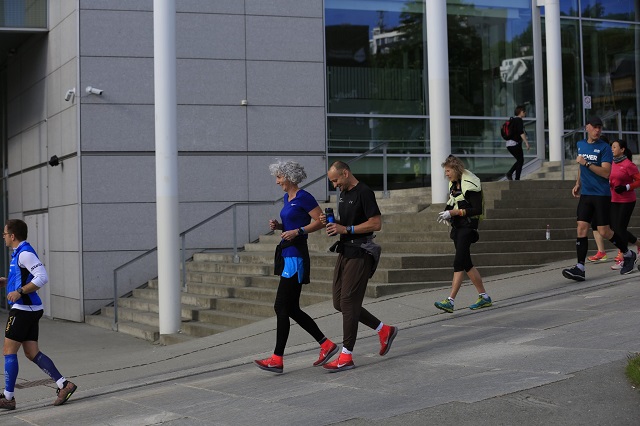 I was impressed by warm welcome and warmth group Northern Runners.
After returning we waited for the opening of an office occupations and we managed to pick up a package with no queues, very poor even for a "Western" standards. In addition to the package starting number was speed newsletter, and occasional gadget with Coop - pendant. The lucky Catch up on extra something blue – reportedly shoehorn. Expo was not. T was an additional fee as well as the pasta party. Not really cared us, because we are accustomed to modest packages, what "the country is a custom". Most important is the starting number and a medal at the finish line! 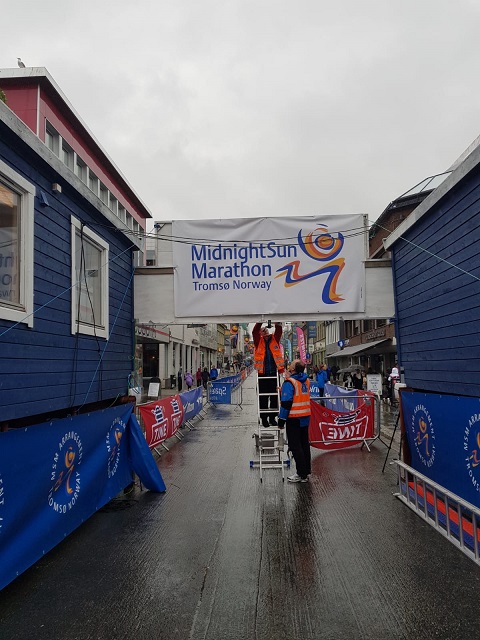 The weather is broke, sky clouded over and took the gray color 24 hour. Then it started raining and so Sunday morning.