wrongly assumed, Mainland Tanzania that will be poorer than the island of Zanzibar. It was exactly the other way around. poorer city, village, infrastruktura, people, and it seemed, it can not be worse. 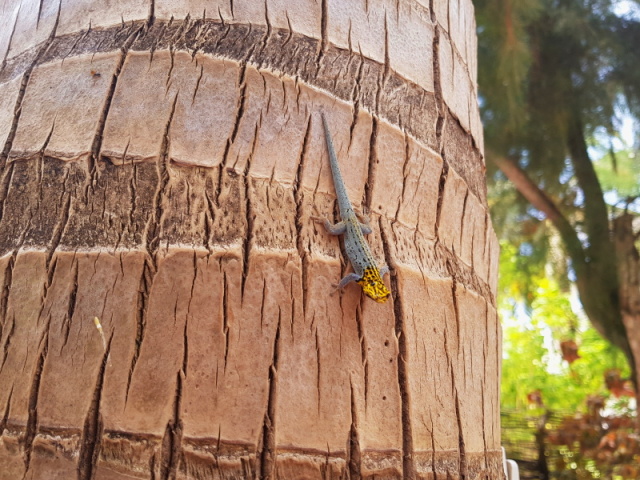 And it's all buried in palm groves, walled centers all along the beaches for whites. 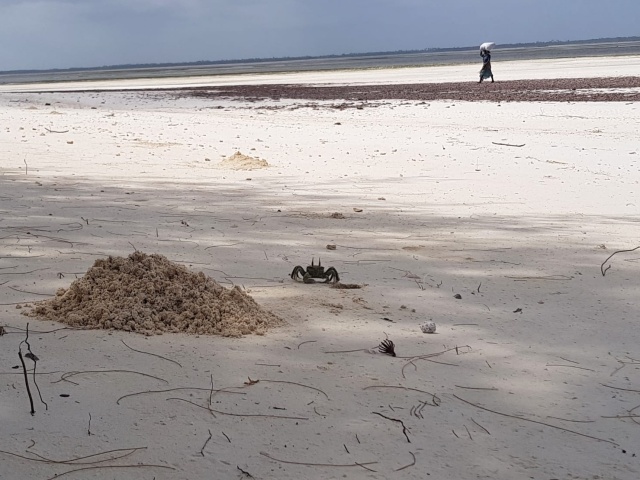 Another surprise was the temperature, much higher than on the mainland, nights after 30 a day of hell 40 – some. desperately, around noon, after the arrival to Michamvi we went to the beach, thirsty for water. Not withstand our eyes, lokalsi even they walk in a very dark sunglasses. White sand reflects the sun's rays as snow, You can not look.

Sand like flour, this water flows, discovering treasures bottom is not necessarily suitable for walking. Sam is hot water, had the impression that it is immersed in water boiled for coffee or tea, instead of bringing first cooling is even worse. After the first day we verified its approach, we were in hell, burnt / burned bathed in t-shirts. 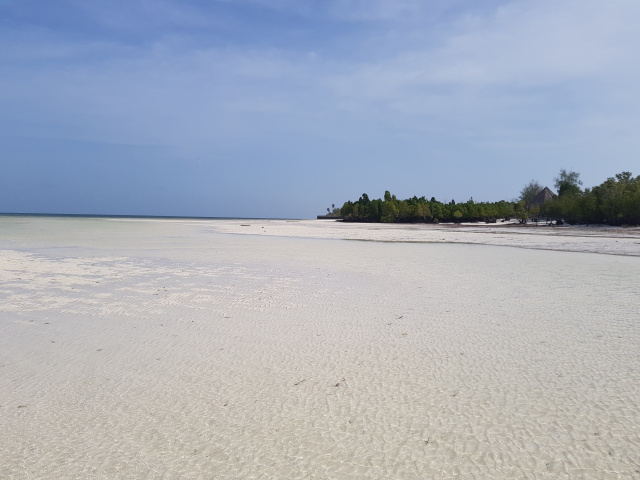 Walking the beach was not possible, and when on arrival we wondered where all the people are, the next day I humbly applied the rhythm zanzibarski. 6 incentive, 7 to beach 10 and then escape under the palm trees in our resort and counting geckos, dinner, and finally at 16 Again move the water and meet other people. It was not until the sun was in the water temperature is acceptable. 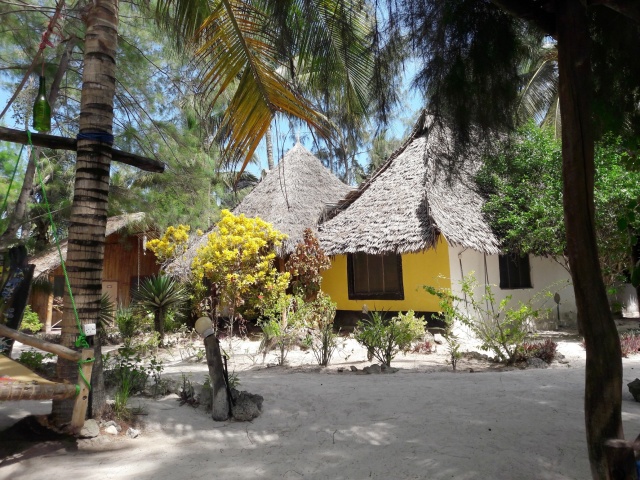 From the beginning we established, that we use the local transport far away. Fell back to the city of Zanzibar Michamvi.
It was the most extreme experience in life. It started innocently, we moved from 400 m to the nearest buildings where buses were moving (give give). According to the information we have gained we had to go to Paje and then "catch" next to Dale City. We were lucky, “pucowany” the driver, the vehicle was leaving behind 5 minutes or zanzibarskie 30 my. We got the first, we chose a most convenient place for us and backpacks and headed for a meeting with the extreme. 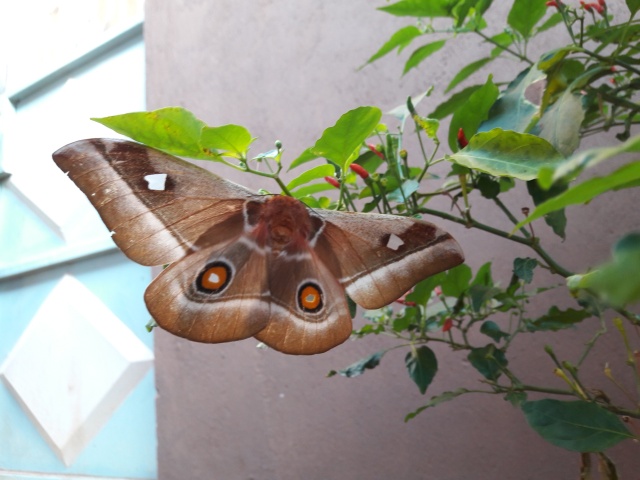 First episode, which is only 21 km beaten in comfort, outside, the atmosphere is thickened and boarded subsequent Travelers. We reached Paje, We got off and went to the roundabout - contractual stop. "Our" bus also went there, when we came and we asked – or buses depart from here, usłyszeliśmy, that just drove off with our conviction. And so it turned out, in the tourist frenzy that not even thought of and we asked, or maybe bus goes to “Stown Twon”. It is difficult, We are waiting for another. After a few minutes pulled, all loaded, much less resembling the bus passenger vans and, more. Paka, two boards, supposedly located 12 people. It was already much more. I found, that there is no place, however, and forgive “Plugger” He took our backpacks on the roof and an eloquent gesture invited crate. Kucnęliśmy transition, Plugger pokrzyczał, one grandmother was forced to leave the vehicle, people on the benches even more squeezed and they made us a place, and the two youngest girls went to sit on the floor. I was a little silly, but I sat down and started. Overloaded and we raced each time as our Plugger holding a crate and hanging the car he saw another person on the side of wanting to go to the city we gave away she stopped and took another travelers. Every time I thought, that it is not possible, have given the place was not, Nobody got out, and we were increasingly compressed, got a guy with a small child in her arms, kobieta, two little girls (planted on the floor), guy and we were more than 20 people and finally got a woman of noble shapes. rammed all, He tramples girls but that was not the worst. Together with her bags were taken to the roof of the charcoal, hay and two huge piles of wood. All this was higher than our bus and I began to genuinely fear, that the roof will collapse and overwhelm us all. Finally we reached the suburbs, people began to get off, you can start to breathe. Finally, we got out and we waited only 6 km march to the hostel. 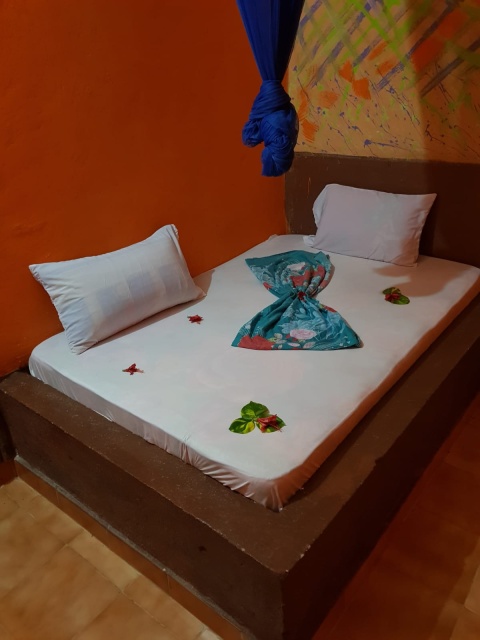 We did the obligatory walk all attractions Stwone Town, ie stronghold, port, colonial houses, childhood home Farrokh'a Bulsara. everywhere soliciting, give Dollar, help me, give earn. White was a lot of atmosphere but nasty. Zaszyliśmy in the less touristy areas, nagabywacze they forgive and we watched the rhythm of life, then we decided to drink beer in a pub. I was an attraction, lokalsi closely they watched as drinking beer from a bottle, suspect, They bet they were doing when I drop under the table. I let the audience and stood up on his own and walk we returned to the hostel. 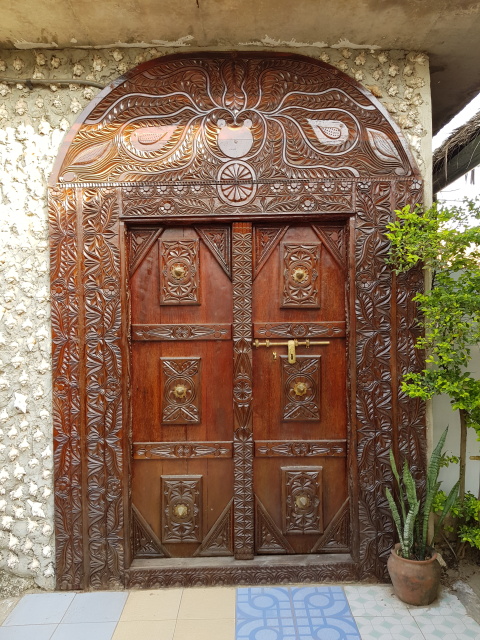 Zanzibar is not paradise, this poor, hot as hell island. After what I saw I would not have come on a tour of conscience, hide behind the wall on the beach, enjoy a cold drink and wait for the sun to bathe in the ocean. The more, swanky hotels that are in the hands of the Chinese, and there is capital flows and Zanzibar was as poor, this is. 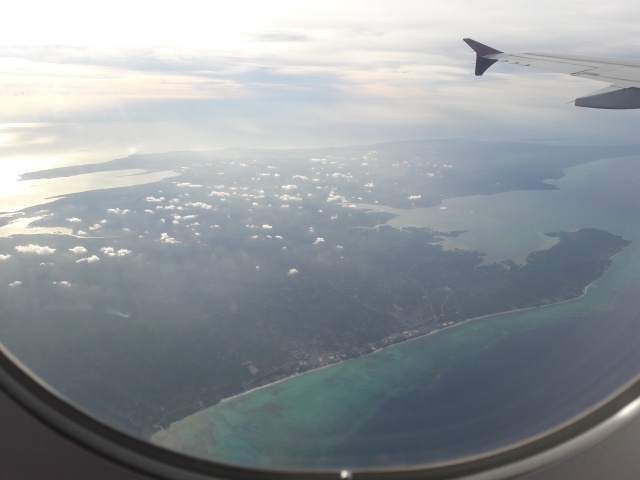 But if someone wants to see how many people can fit into the distance, While raiding the chicken in the garbage, how much you stink after a walk, blind from the light and instead take a bath in the ocean brew tea I serve addresses. At least the money will go to Zanzibarczyków and you will taste hell.