Charity was supposed to be running but the madness of the provisions and the need to complete our team discouraged. A colleague suggested running at the same time: near the house, low entry fee for participants and 10 zł. What more could you want? 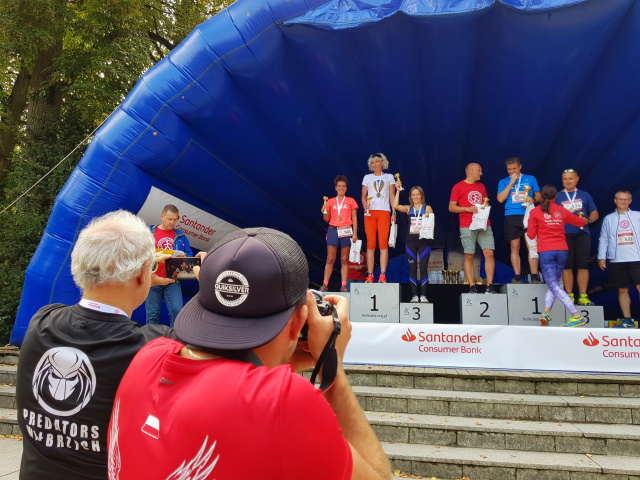 10 k South Park was in for good measure to the competition Nordic walking and III FINAL HEALTH ACADEMY Santander. Piknikowa atmosfera, good weather and come out of the successful start. 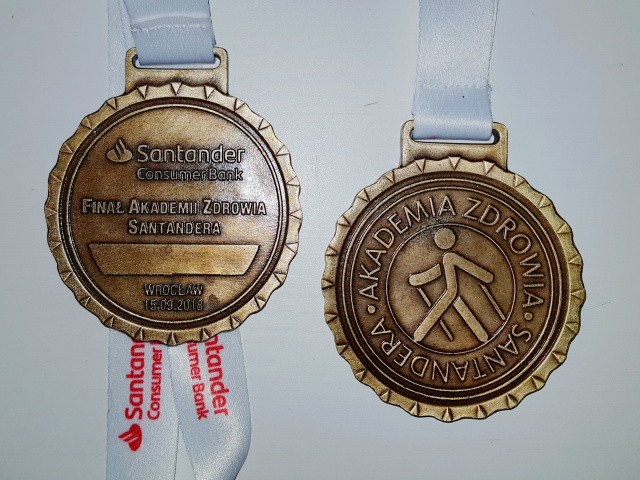 Runners took off last. Crazy and twisted 4 circles do not encourage, but somehow you had to be running out of these 10 km.
After 500m I got the lead and kept it to the finish line. The first two circles I ran pretty well with the third it was worse and the fourth had had enough, byle do mety.
I was the first and very happy.
Participants were waiting massages, posiłek regeneracyjny, cake and tea / coffee to choose from.
We waited until the end, because as the last runners were handed awards and turned out, that is not only age classification OPEN. I have this bad luck, but in its category, and so I was so scored the first podium. 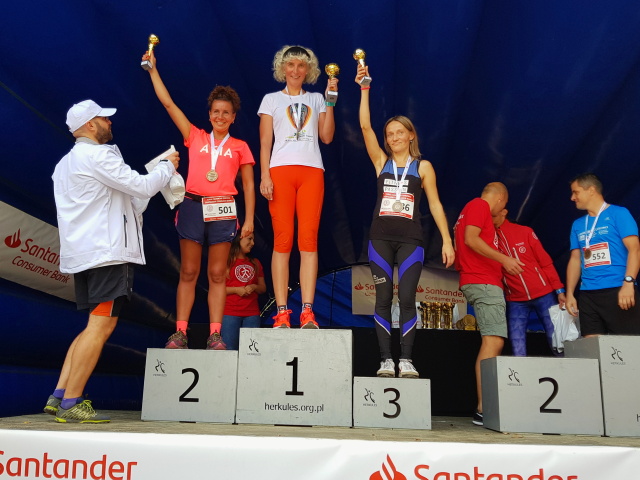