You have to run 42,195 km, to drink wine, eat and play, It is not easy! And when you see, that passes you a flock of ducks or inflatable of questionable beauty playboy bunny in fishnets is already very bad. 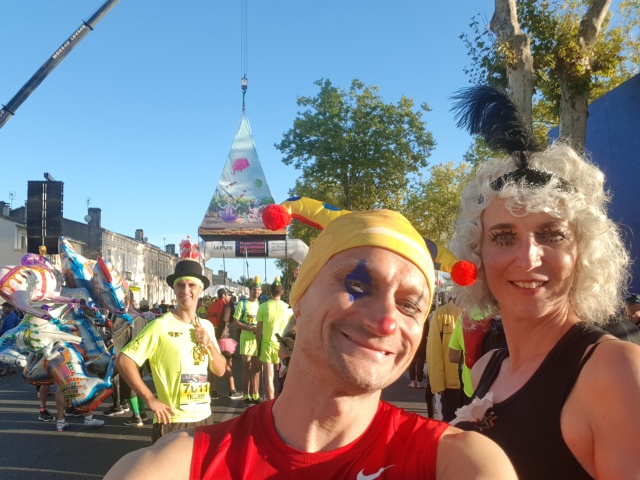 There is no list of the best marathons in the world without this gear and Le Marathon des Châteaux du Médoc is indeed the best in the world!

With the experience of two years before, when we went with the intention of defeating the first time the royal distance, This time we carried out a well-prepared and tested plan. We chose the same hotel with a kitchenette, Coach close to departure. On site we felt like at home, despite the passage, time nothing has changed. 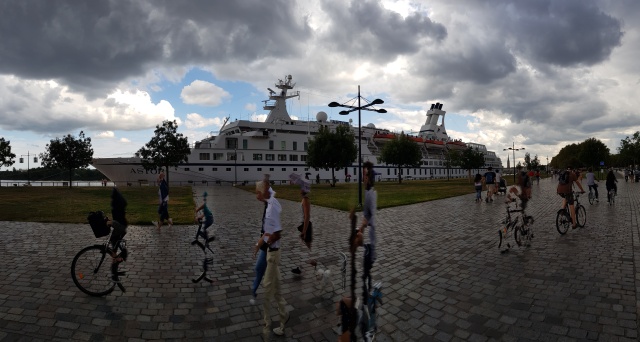 packages, as traditionally happens in marathons can pick up only the day before, Cross-country drove the town bus substituted by organizers. The race is in Pauillac, nieco ponad 1.30 hour bus ride from Bordeaux. Packages picked up smoothly, knew what and where. Start number, t-shirt, worek, commemorative booklet, Porridge, a pair of commercials, the rest at the finish line! Expo was not great, promoted a little marathons and sports gadgets. 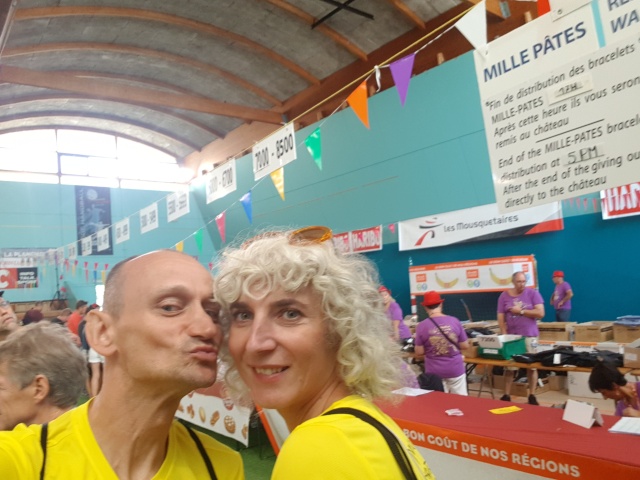 We went to see the preparation of the start / finish line, facilities for runners. In anticipation of a return to Bordeaux we watched the colorful crowd tending their packages. 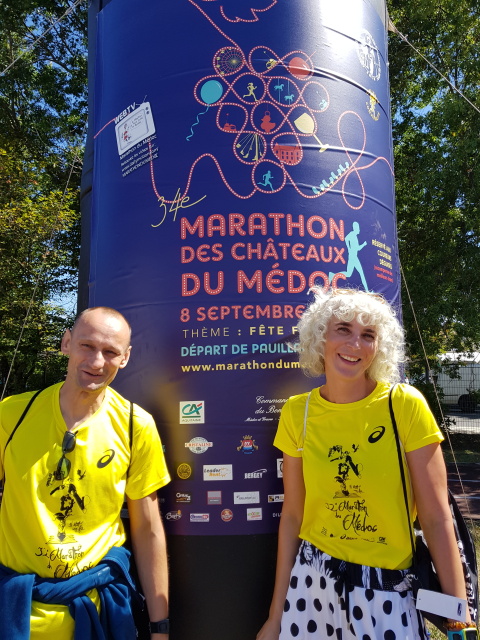 Saturday, wake up in the morning, bus departure 6.30, start 9.30. As for us late record!
On-site crowd already was beginning to thicken. Buses parked in the same place every two years ago, we went to the designated zones for runners, at the entrance security check.

In the zone of the deposit and returned more than an hour before the race we took a strategic place at the beginning of. 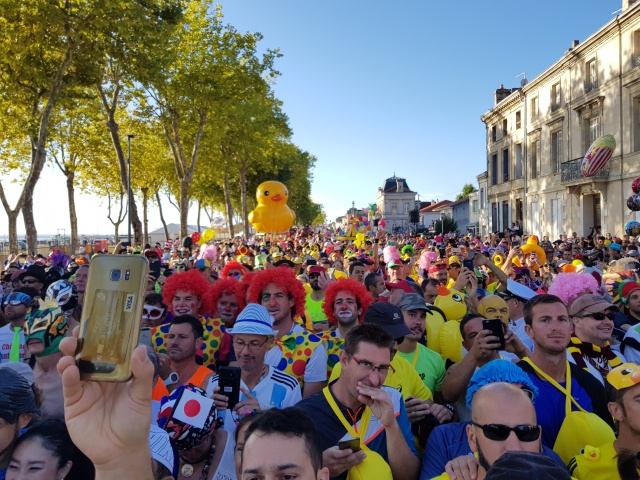 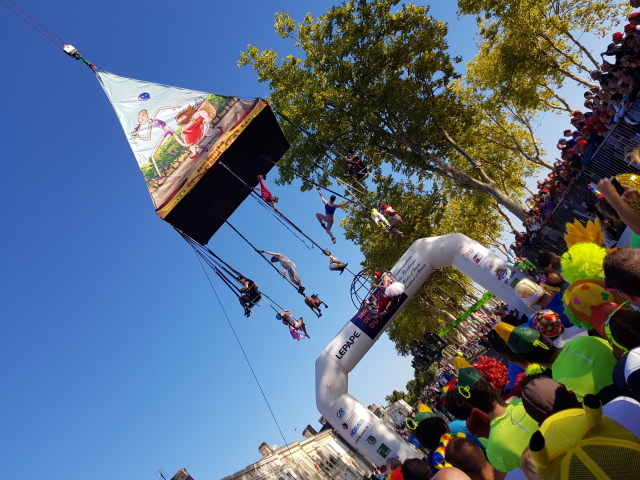 He gunshot and went. The crowd cheered and speeding unicorns were lost its antlers.
just before 2 km appeared coveted waterhole with wine. We promised ourselves not to miss any. The plan we have failed to realize, one missed, but the fact that we excuse, that the tables were set with a leg and had to escape them. 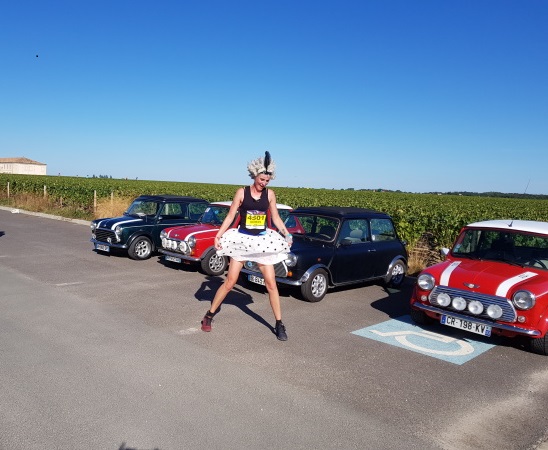 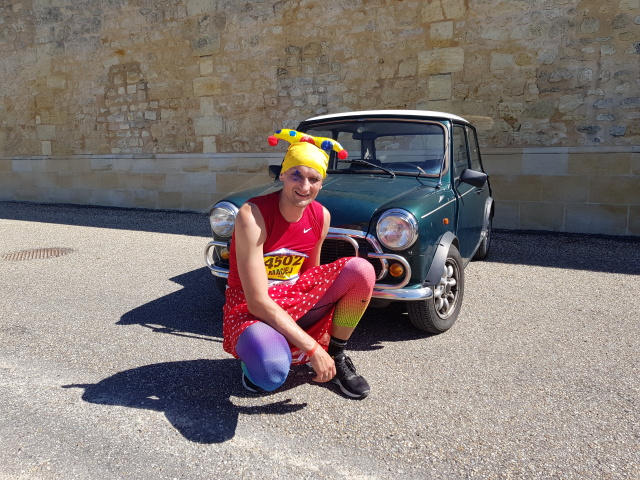 We ran from the vineyard to the winery, asfalt, szuter, pebbles. Bus stop, sip of wine, lith, cookie and the road. We ran ahead of the pack, between us raced representatives of vineyards and very few of them stopped to drink and food. Each of our approach to the tables was received with thunderous applause and cheers. As usual crowds on the route, joyful and saluting the fans, kids nailing Fridays, orchestra, musicians zagrzewający to run. Madness. 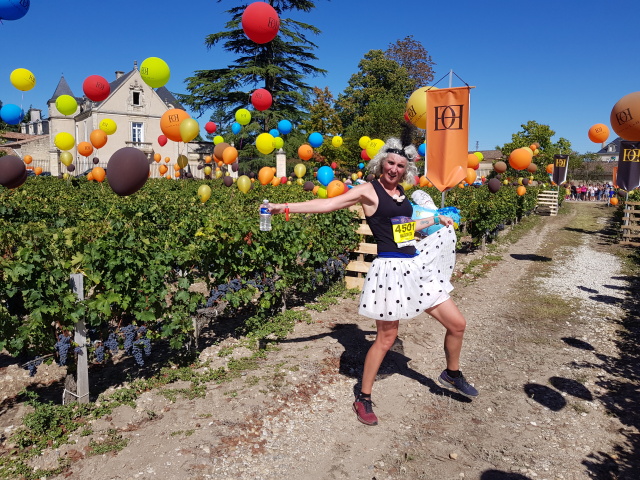 We were unlucky with the weather, the sun shone mercilessly, Shadow was like medicine and traditional 5 km to the finish line in full sun wide asphalt road along the lagoon - frying pan. 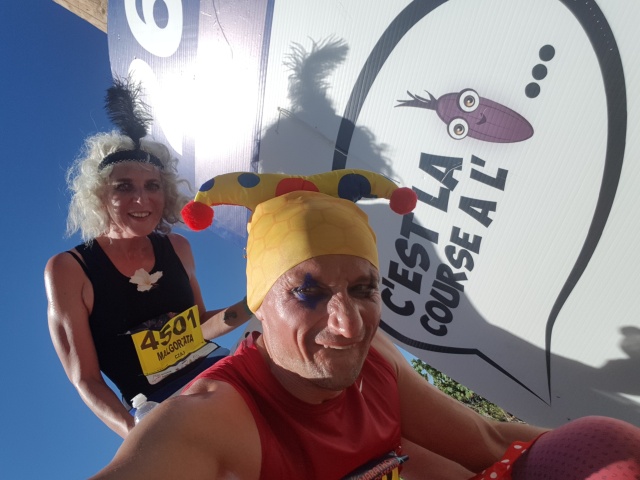 Not counting fruit, przekąsek, cookies, sandwiches on the route, They were also traditionally beer, cheese, oysters (I did not dare again), beef, Local "cupcakes", popcorn and ice cream. This extreme marathon with a full belly, objedzony opity and you have to reach the finish line to get a medal, bag, butelkę wina, cup and ... continue to eat and drink at the after party!

after more than 33 km split up, I was a little tired and I wanted to have to run to the finish line. Maciek wanted a little walk and to party before the end of. Enthusiastically greeted the oysters tasted not one glass of wine and gave up paint uradowanym "grandmothers" of the service to run on a run up the back. I waited for him at the finish line and as I saw him I could not stop laughing. "Granny" did a brilliant job! 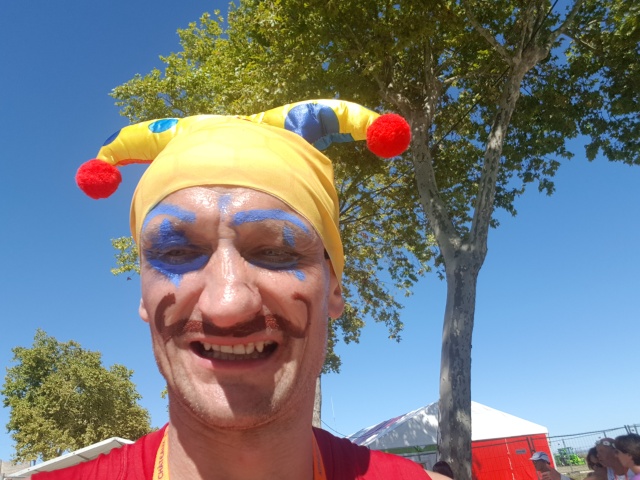 Now he is waiting for us "party in a tent", or beer, wine poured into a cup received at the finish, owoce: banany, winogrona, cookies, sandwich with French, dances and frolics. We kept her company a couple of Polish (took off together 33 Polaków). 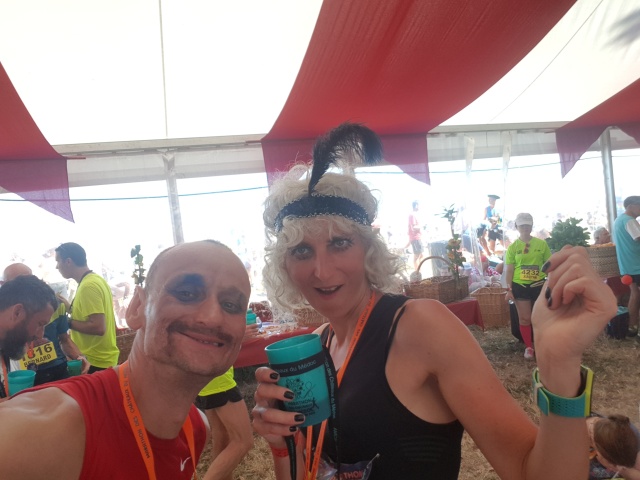 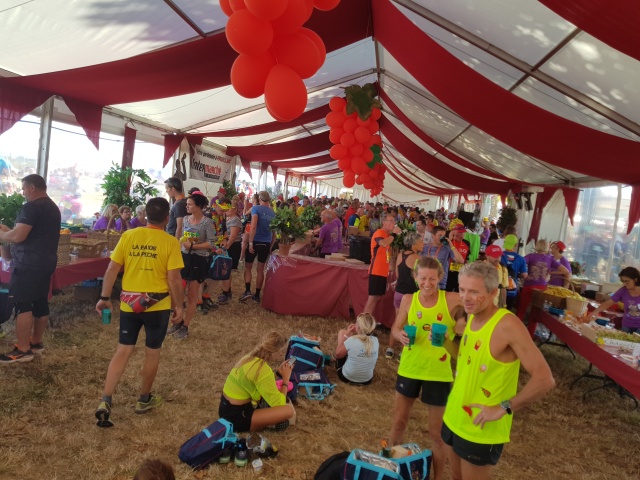 This year, after the experience of waiting for the bus departure at 23 two years ago, wisely we booked a return earlier at 17. Time passed quickly at a party and we had to go take a bath and change clothes after the race and go to the bus. Along the way, yet they finish marathon, still fun lasted ...

The walk around Bordeaux 2 km along the river back to the hotel, we had time to get ready for tomorrow Balade à Margaux.