Two weeks after the marathon, without running and training, 4 returning after a busy day or it could go? 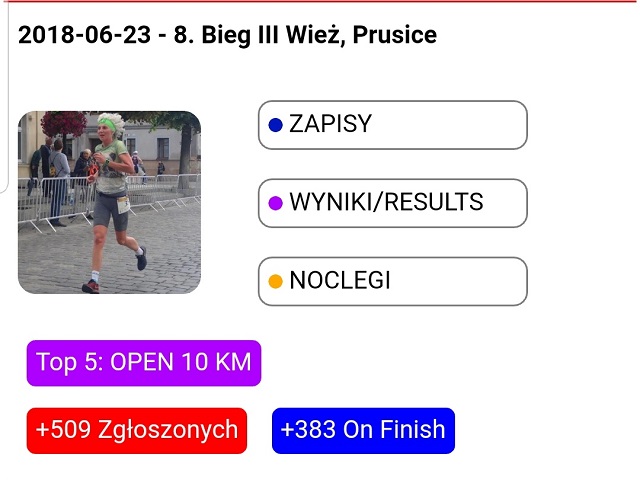 Mogło, but it did not. 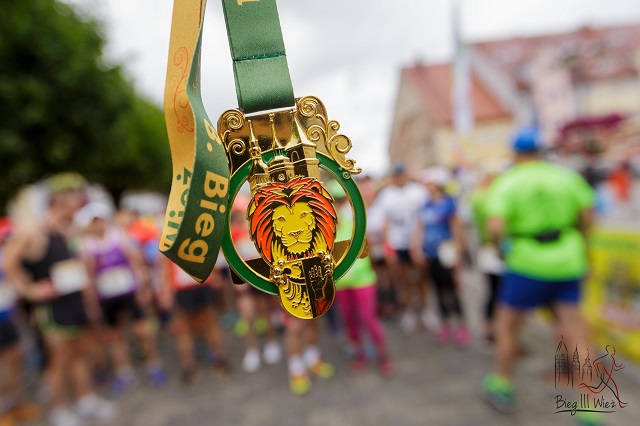 The old truth, that so many times I confirmed, that fights to the end and every second counts, again reminded about themselves. I gave and I gave, I watched helplessly as the last 500 meters ahead of me, the girl and nothing was done and I lost, 3 place in the category of 1 second. 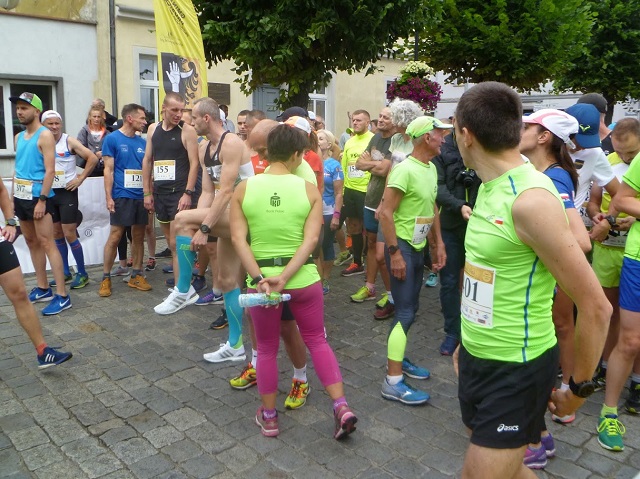 Bieg III Wież – we do not participate in this year, but tempted us winning a medal and age categories.
The choice of this year's race was a difficult beans, unexpected accumulation 4 Gear has forced us to make a decision – where we run.
Offended at John's Run Hornet and Prusice seemed more attractive than the Run Book Henrykowska and so we started at noon on Saturday Run III Towers.

Very nicely now goes to Prusice from Wroclaw, new road to Poznan fits perfectly, There is downhill, and where you have less than 30 minutes is in place. We picked up packages and so, as we expect we met the entire speed “prusicką family”. 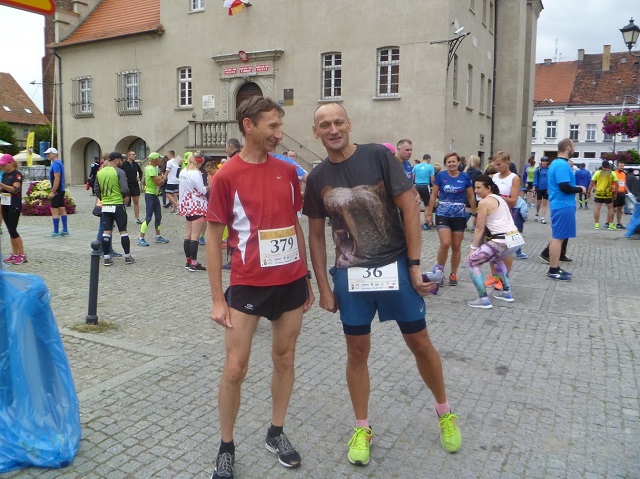 Start traditionally held in the Market, dwie pętle – 10 km. Wystartowaliśmy, I have the 300 I knew meters, that is not good. Quickly back Maciek only watched less and less clear and less and less. I ran out and I suffered, I struggled and ran. 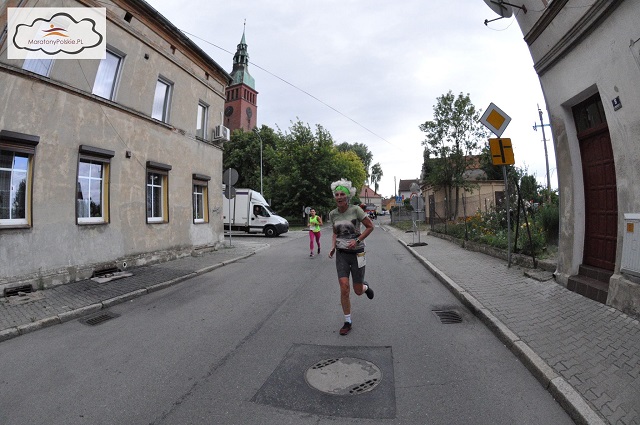 I wanted to but I could not faster, perished head and body. I was furious. The last two kilometers completely surrendered and fought. Meta and I wanted to disappear. Contrary to the hysteria at the finish proved, despite the time of the fatal 1 I lost second 3 miejsce w kategorii. 13 kobieta, the punishment had to be!

With a very rich breakfast: woda, piwo, fruit and hot meal took only water and fruit. Racing in Prusice always have developed their, high standard. I'm looking for information on course Auctions in January, because of the pleasure we launch!