We slept at the Lemon away 12 miles from the castle, the failed rally. It turned out, that not only do we, but also a team of Bielsko and przesympatyczny owner Ritmo. The morning after the mandatory pucowaniu car drove along the scenic roads of vineyards to “guilty” town. 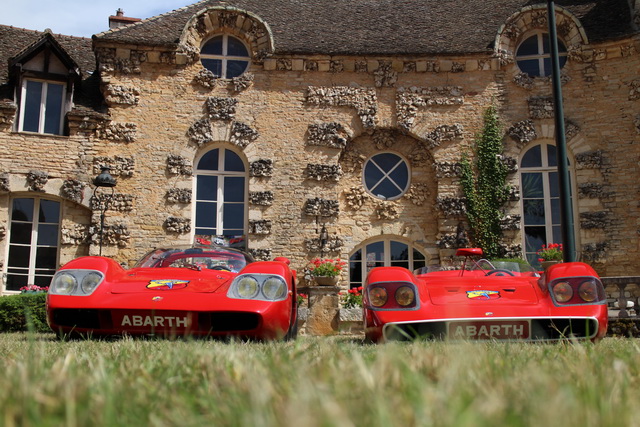 The organizers are just getting organized, but greeted us warmly in the only legitimate language, only the familiar… get along without problems, they speak French we in English, na via migi. 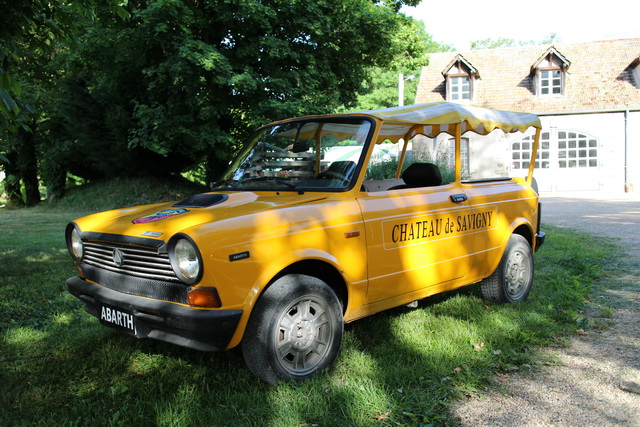 Cars of the museum were exposed to the outside, Our organizers set up meticulously brands. 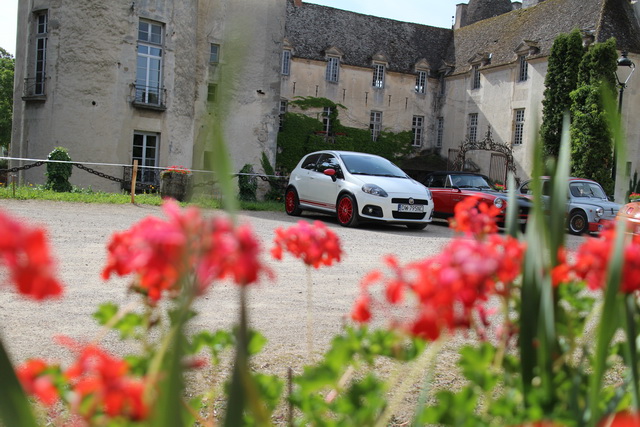 Rally was in the Italian style, and I felt rather like ForzaItalia, sweet laziness and doing nothing. Anyway, the car from the stables of Fiat and ubiquitous red color made, that could be mistaken for France and Italy. 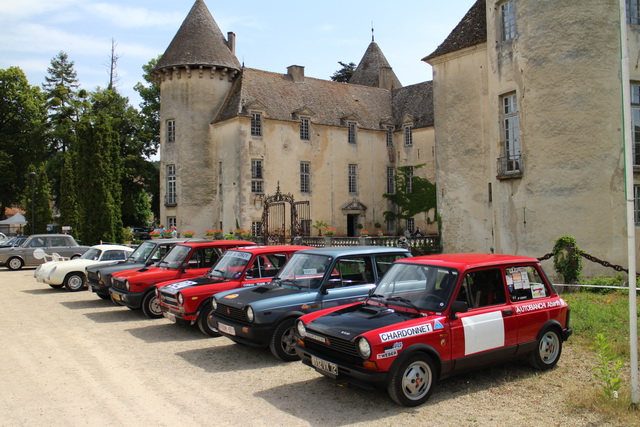 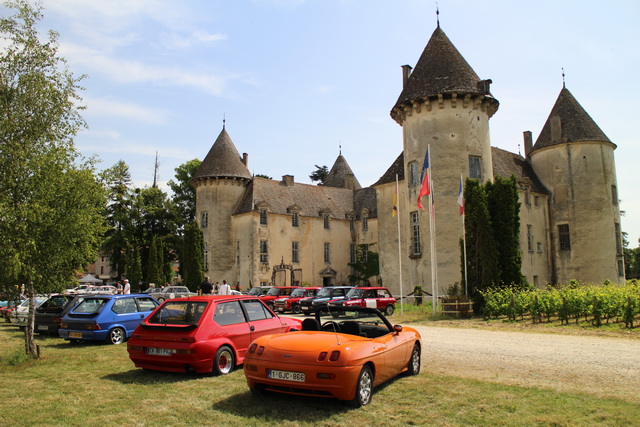 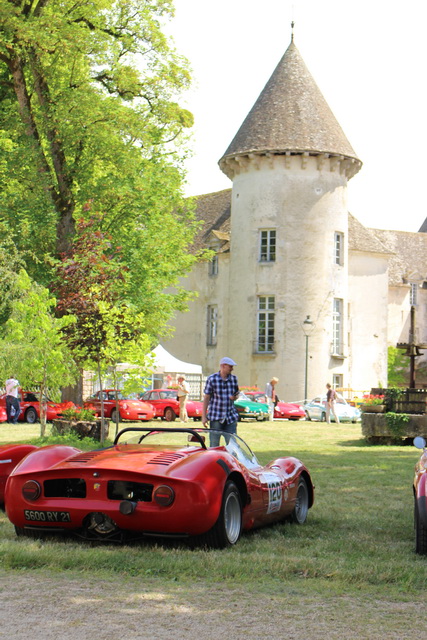 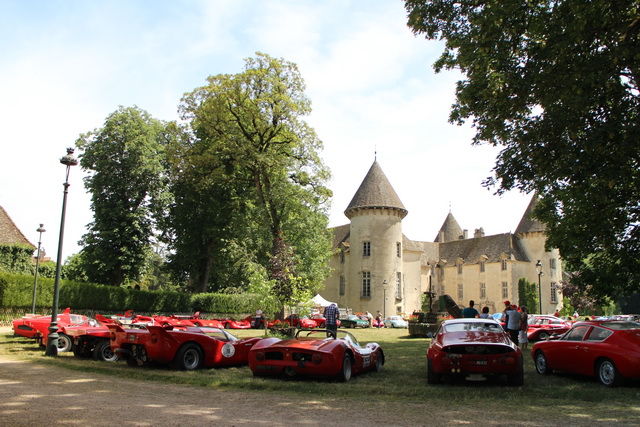 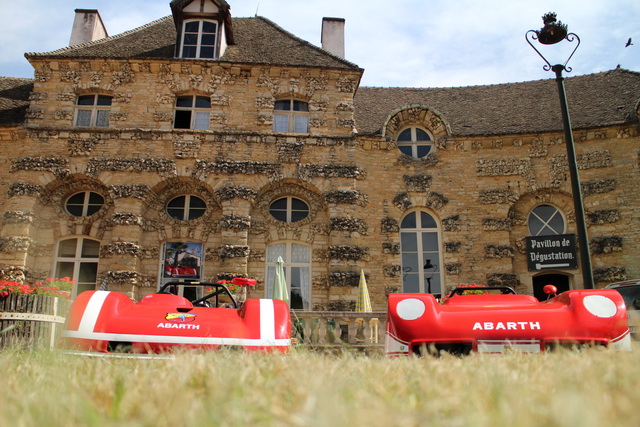 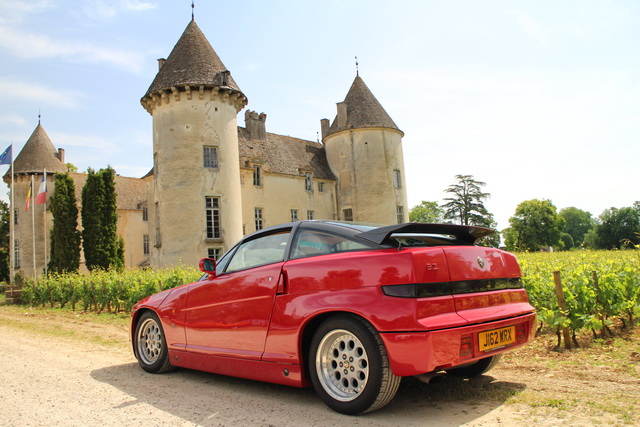 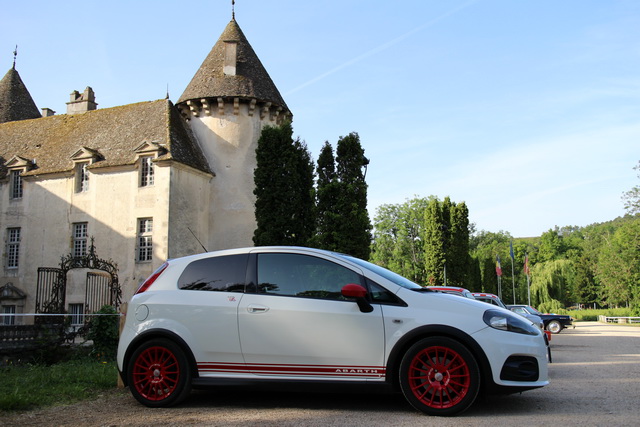 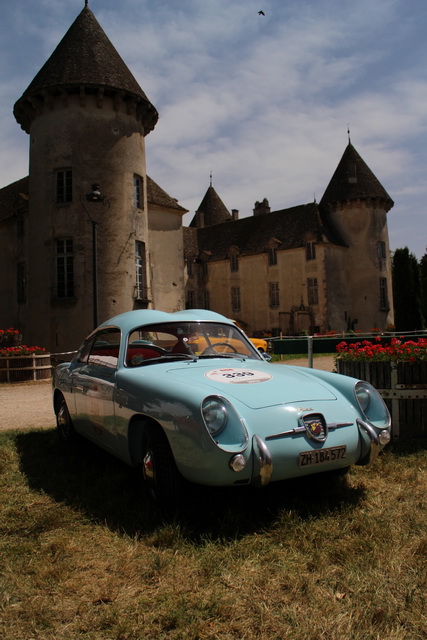 After seeing the car, chatting, walk through the castle and the surrounding area struggled to laziness and hidden in the basement of the castle from the heat we were hoping for an hour to go. Can you ever go to the rally Abarth, can to Belgium as it will organize Guy, that there was life of the party.