In the morning we considered two options: be whether to go to Venice. It was cloudy but it seemed to be that the wind chill clouds. We went for a walk along the beach and decided to – go!
On the way to Venice accompanied us tornadoes and heavy rains. 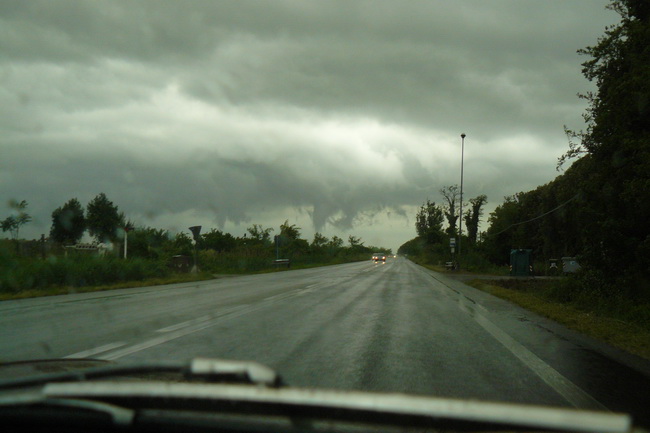 We arrived, in the drizzle, we checked in at the campsite and the receptionist lady took pity on us telling, the cottage is only 3 euro more expensive than camping. Without hesitation, we decided to house, moreover, camping and so was the most expensive of the visited, So what's the difference. 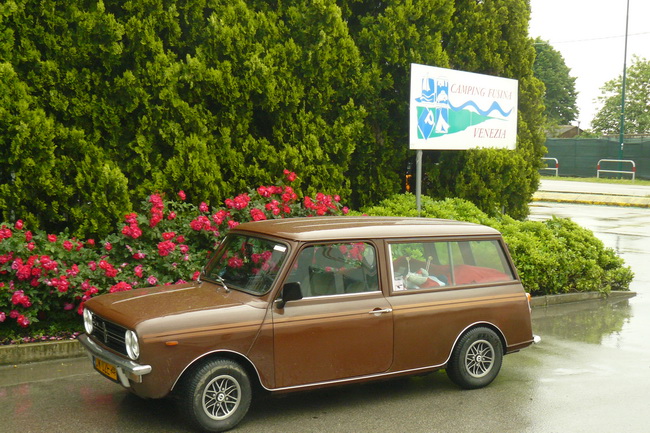 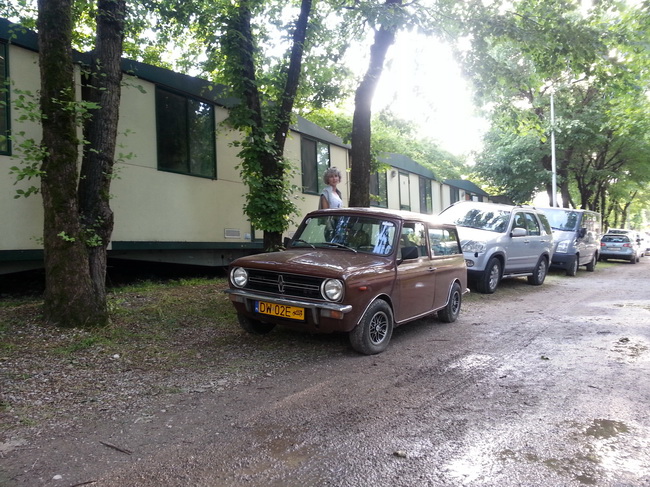 Satisfied all the lumber we moved to the cottage, I do not know how things have put in a car and a tent. Rage was not – two beds, but we were happy cabinet, they do not have to break up the tent, inflate the mattress and take the rest of the ceremony.
We bought tickets for the boat to Venice, then over the marina, because we have been less than 10 minutes. In the rain odpływaliśmy but the closer we Venice the sky was getting bluer. On land left in the heat and full sun. 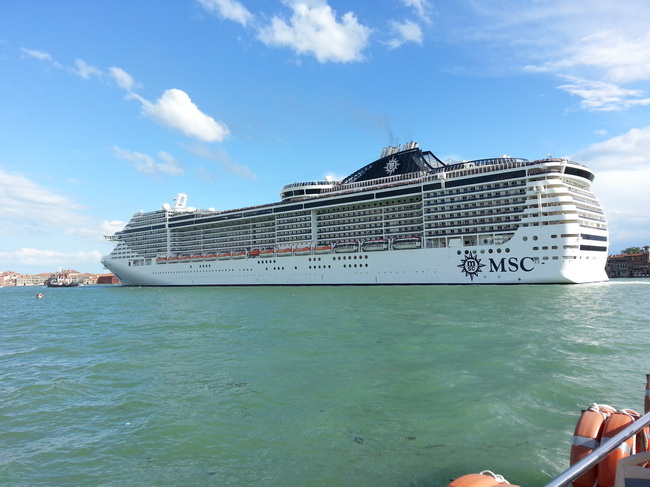 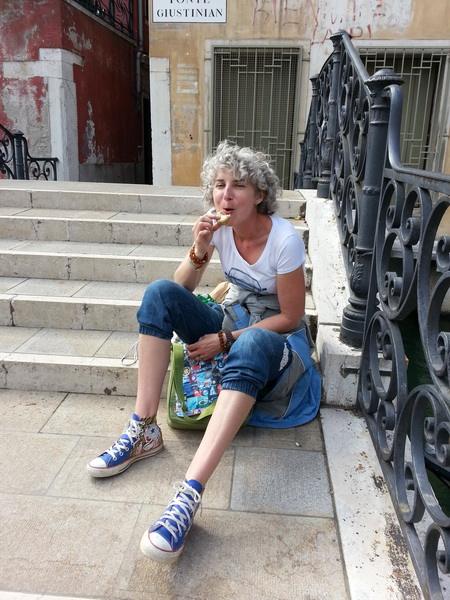 It turned out, that is being held rallies, the whole mass of the people were. Przebijaliśmy struggled through the narrow streets of Ponte Rialto and Piazza San Marco. Make no mention. Besides, a Venetian charm of high school years crumbled, Now instead of a magical city in the water I saw only ubiquitous in commercial. Even though they did not have a siesta here! All one Chinese food, stinking canals and holy principle, that the front and the back lit muck. Gondola cost 80 Euro and my dream in this regard remained unfulfilled, moreover, it has already crossed off the list, I ceased to be romantic. Only yielded to the temptation of macaroons and unfortunately got infected addiction Maciek. 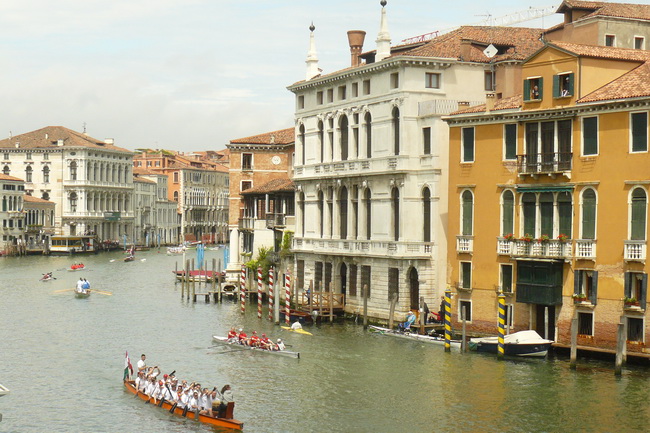 The elegant street of exclusive shops are frequented mostly by Asians. On the back of the dingy, crumbling buildings, ubiquitous filth and stench. 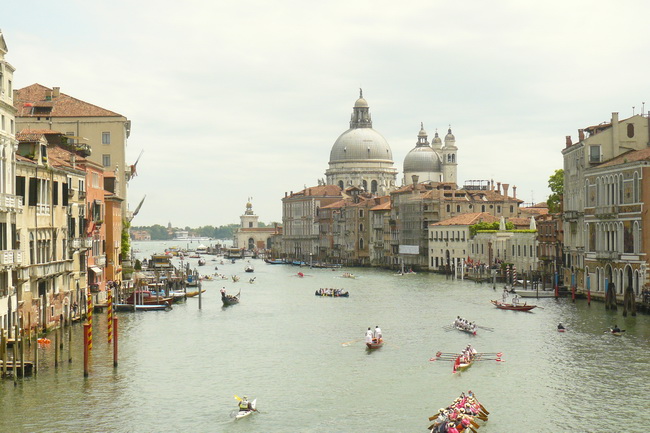 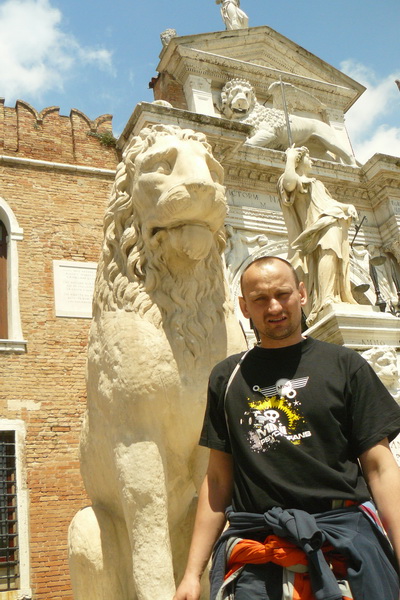 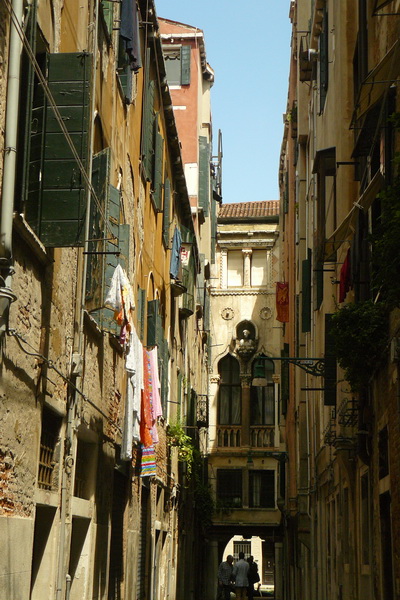 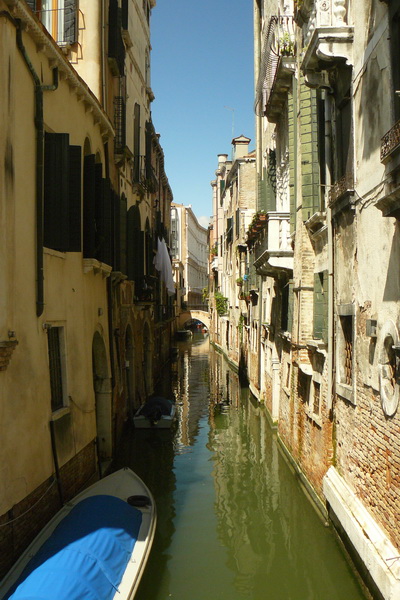 In the evening we returned to the campsite Styra, it turned out that most of us ran the race competitors. For this, all guided by the campsite! Even in the second half of our house lived canoeists. Hence, this was the crowd at the campsite.