First impressions of the Italian car – who can launches a convertible, popularne są też old i youngtimery. Often we see kind-hearted Fiats 500. Our toy car arouses interest, mostly at gas stations talking with other drivers of Clubim. 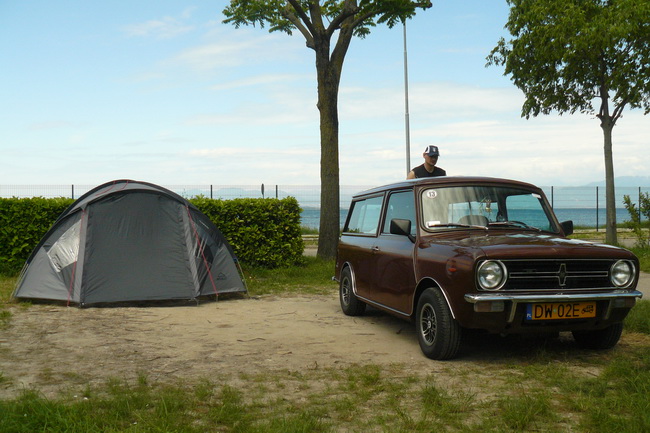 In the morning we went for a walk, and after his return, slowly with 10 checked out. I was angry, that you can not pay by credit card, this was a little pricey. I do not recommend camping Tonini. We decided to move to a different camp on the other side of Garda. For a long time wondering about it, rather we wanted to roll up the traps and for one night re all break. Chose a pragmatic approach, that once we are here to see as much as possible, and so we went to Peschiera. Along the way,, driving through charming towns along the Garda met Humina and orange mini after changing the beep went on his way. 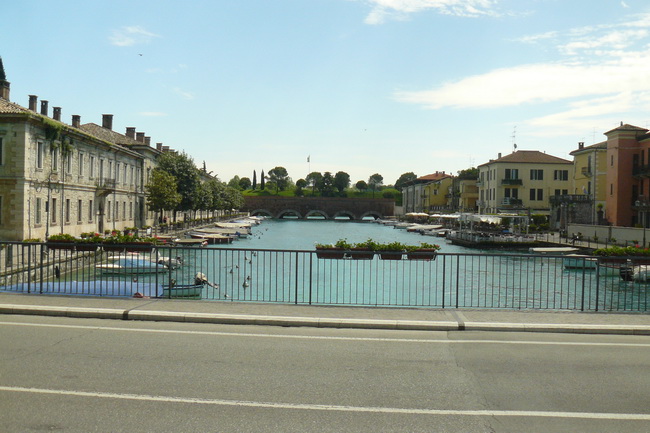 Our camp was scheduled to close – stopped for 4 star Del Garda. The campsite was large with 4 pools, shop, restaurant and gym. We crashed right on the beach and went to town. We walked along the lake past the shipyards which he left posh RR convertible with an even more chic pair in the middle – Said Maciek, you probably viewed as going to work on the construction of the yacht. 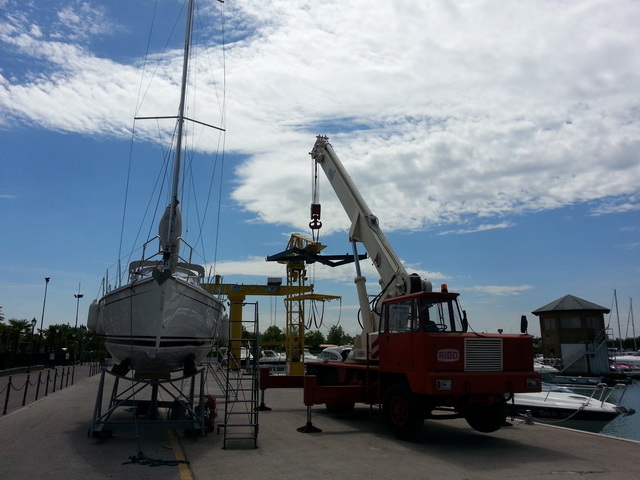 We visited the forts, miniaki met and ate more pizza. Slowly returned to the campsite and over our heads began to gather heavy clouds. In the evening came the storm, it started raining and did not stop until the morning.