We decided to go cold Clubim, the December night on a mini parade organized by Inchcape. Club came up bravely and with – 15 fired, Then slowly the summer zakolebaliśmy to the assembly point at the Magnolia. 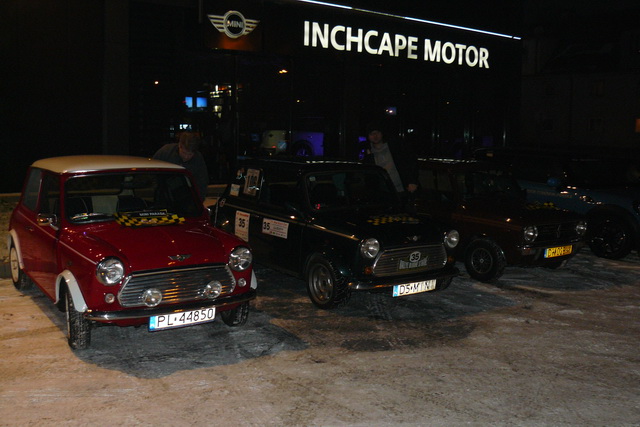 In my naivete I was hoping, that the organizer “zaklepał” place – unfortunately, the shop played a Dantesque scene pre-Christmas. We managed to find a piece off and parked there, reunites the rest of us. New was about 10 Cars, classics 4. After a short briefing on the city parade started, and we decided to go straight at salon – żółte blachy mają swoje prawa 😉
Overrun the park turned out to be quite a challenge, in the end we managed to get out of cork and no surprises have arrived at the place, where he soon reunites the rest miniaków. We were treated to a cold buffet, hot coffee, drinks wyskokowymi, fashion show and free pogaduchami. Division of classics and plastic but invariably dominated praise belong to Katerina, who bravely tried to stand above divisions. 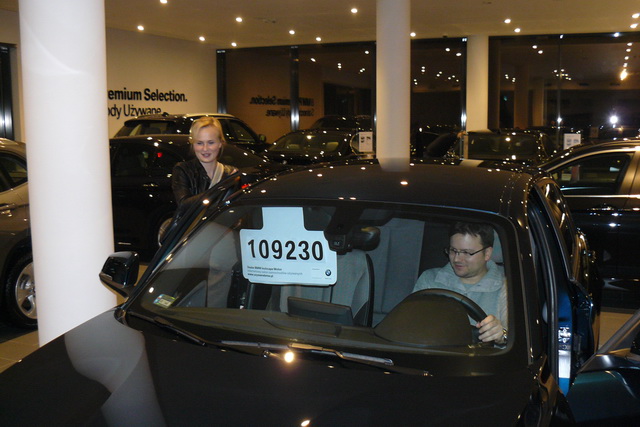 It appears, that some people are getting ready for Christmas treason…
After pogaduchach, przeszperaniu range of used cars got home. I repented of scrubbing away the cold chassis Clubiego. I, it was his first and last Winter time.