Recent eliminations began the season as standard. The course was designed with three long straights and two relapses, which made her the longest of the previously prepared. Three times I went to acquaint, so to check how efficiently overcome corners. The first ride I went on average – I was fourth and I felt, I went not to the max. During the competition in a Peugeot Krzysiek 106 MAXI muffler broke and finished pulling loops of junk on the ground. Manny “permanent” Low Meadows photographer with a great shout of joy said, that he contributed to the accident because the car touched the. 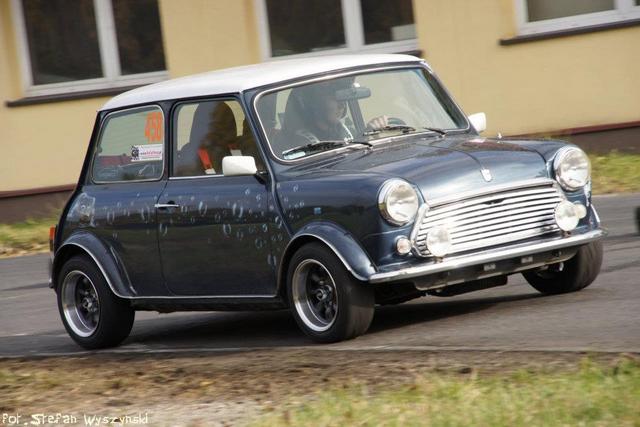 From the hour delay, a second loop. With just a few pairs, the encore at the track and damaged the oil pan by finishing the route, leaving an oil trail. The competition was discontinued. Drivers were sent on a trip around the track in order to assess whether we should continue to drive further. While the majority vote was for, found only, that the loop will be reduced to two laps. And so I set at the start of the second pair. Jesus gave the flag to signal the start and went to, At this point I broke off silencer. In a split second estimated the, I was going further – Fortunately for me there were only two laps. The oil on the road quite forgotten, I tried to bend only slightly overcome and go forward. Auto did not go as expected and struggled to get to the finish and not by the time. I managed to and it turned out, that the result was not so bad – gave me third place in the classroom and among women.
Came off the track and just as I got out I saw “destruction”. Muffler broke right at the front of the collector and zahaczał, at every turn by leaning on the car. If I had known, it looks like unless I decided not to go. I thought, that broke off inside or how Krzysiek half hacząc tailpipe. 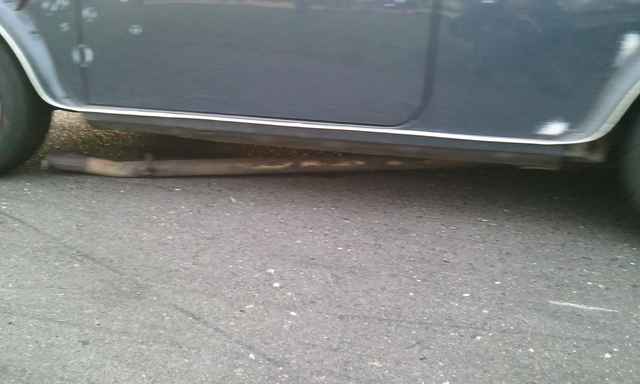 Of course Manny was saddled with the blame for damage. Maciek quickly mounted muffler and in the evening we returned to the house. The competition ended in total darkness and not envied the players at the end of the rate.
I consider it a successful season and I look forward to the next in 2012.