We arrived moments after the ninth to the registration point of classifying in Tarnów Mountains after driving the wrong way for Mercedes, who went before us. The market, as usual, proved to be too small to 109 vehicles, who came to the parade. 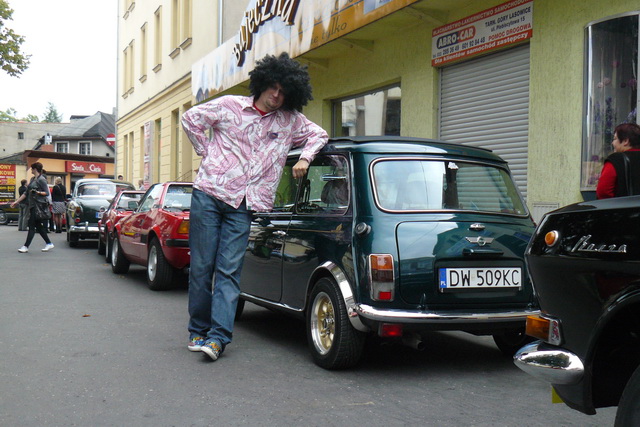 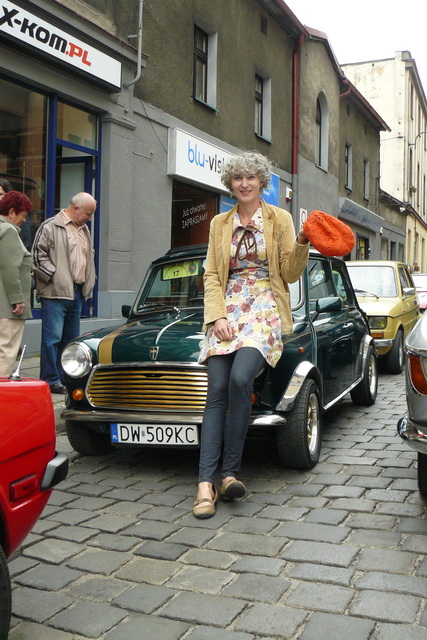 On site we met Mirka and Arthur. After a short presentation in front of the stage, zgarnięciu two decades in the assessment of elegance and parking in the vicinity of the market went in the column to Bytom. Pissed off on the two drivers of cars, Warsaw, who are not quite, that ruthlessly broke all the rules are still stuffed everywhere. After a pretty good blowout at the entrance to the market by trying to Bytom water, We attended that smoothly – slalom driving with a cup filled with water held by the pilot, Finally, for longer parked car. Miniak as always aroused interest and was besieged by kids. 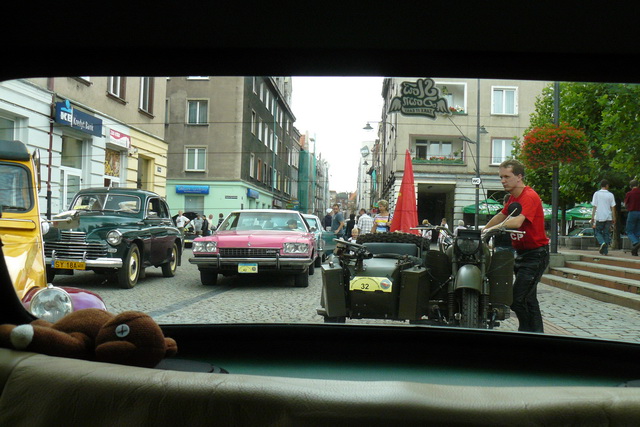 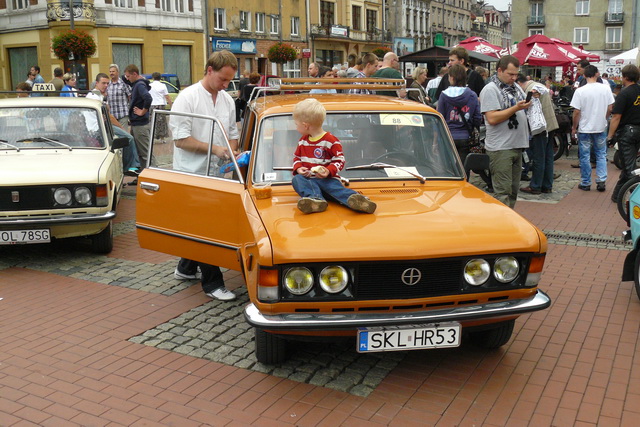 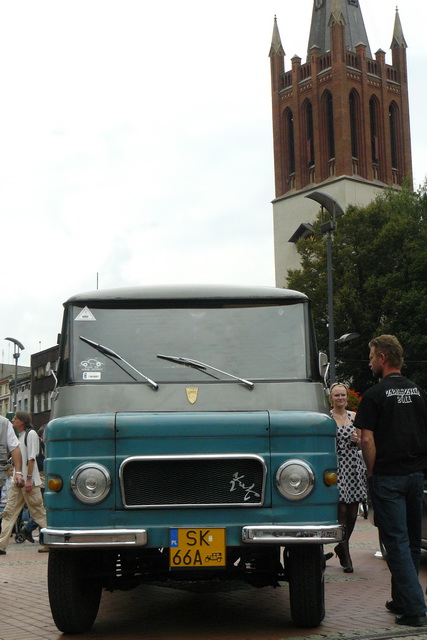 Fortified by our favorite bograczem accordance with the program we went to the Silesian Opera. In a beautiful room after refreshments awards ceremony was held and the end of rally. We were awarded second prize and returned home with BIG trophy. 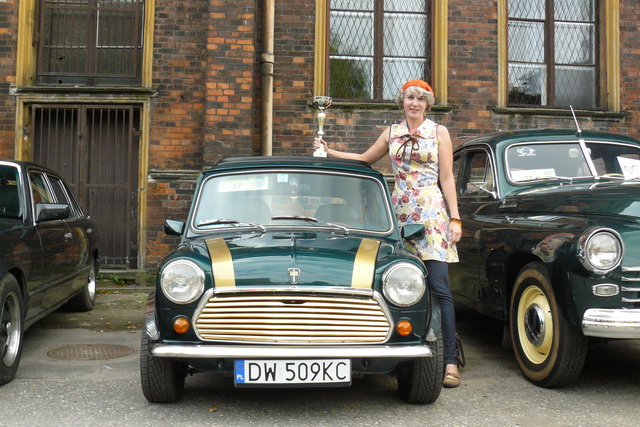 Parade was organized differently than last year, I missed sightseeing, place to try it was not a happily chosen – tarasowały car ride, korkowały street and tram traffic. However, in spite of everything I believe it to be well-organized and very successful. Bytomska parade is living proof, that how you want it you can prepare a wonderful meeting of historic cars and we bet the year on it mandatory. 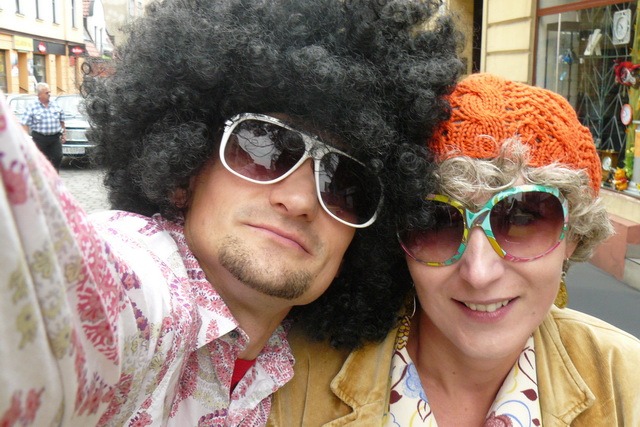