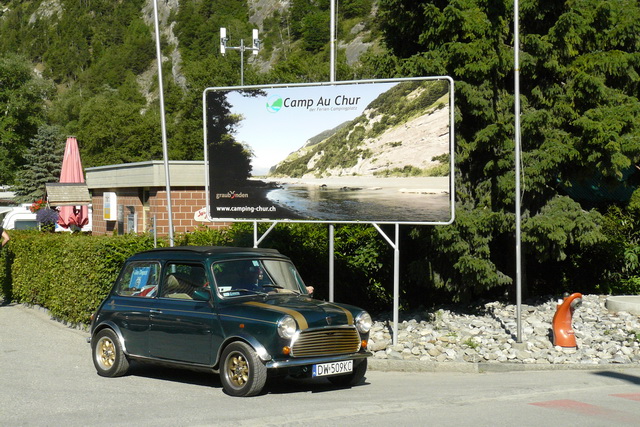 Evening sessions have resulted in a decision, z rezygnujemy Ze Chamonix in jedziemy bezpośrednio for Implementation. Both of them were not sure of the route, tunnels and the more fees, that is already France. The newspaper learned of the Coop, that the way to the campsite there are many interesting places to see: salt mine, caves, etc.. The new route consisted of about 300 km.

Morning after breakfast we set out – first boundary and the entrance to France. Captivated me from the flower beds blooming with roses and lavender ubiquitous. Again we drove shores of Lake Geneva, Another boundary, this time back to Switzerland – flashed with lightning speed over 50 miles per hour so that he could not even guard out of the booth. I saw him only in the rearview mirror as he stood amazed at the middle of the road – I was surprised too, that this former frontier. After about 80 km we had the first stop in Bex. We stopped to visit the salt mines – the Salt Mines of Bex . Entry had been designated 10.30. After nearly two hours of sightseeing including the underground train ride, movies luzacką przewodniczkę, which we let go after mine alone and then I worry, że zaginęliśmy i zabije nas metan 🙂 ruszyliśmy w dalszą drogę. And this surprises us, just waiting. Seemingly harmless started again on the horizon there were mountains, slowly approached the one arm of the loop on the proposed IMM (the most beautiful scenic routes in Switzerland), which was part of our route. We passed the old, historic village. There are railway stations with platforms for cars to facilitate passage through the mountains. But we did not want to use them, finally came here and watch the views of the mountain pass miniakiem! We lost navigation and a loop instead of going to Furkapass went to the Grimsel. Our ochom and there was no end achom – way was like a streamer at a height of over 3000 m.

When we stopped otrzeźwieliśmy dead near a lake or well to make sure we're going. Of course, restaurant owner, said, that we are going in the wrong direction. Poor miniak had now come down, I was afraid of his brakes. He wrote, however, bravely and just watched in horror on the road, which awaited us was almost identical to that which has just beaten. There was no – the only way, moreover, opened only in summer. Along the way we passed many barriers convictions as this road is often impassable. Spinaliśmy back to the top of the road we passed the glacier tongue, We attended the viewing platform and a small session on the road. Again down the switchbacks we reached the town. I breathed a sigh of relief, top and streamers that have already gone – a naive fool. In Anderman again asked for directions and found, that we still have a climb and descent by Oberalppass. We had had enough of mountains and views. No longer zachwycaliśmy winding road, I wanted only, that it has already ended as soon as possible. She was totally exhausted, rather exhausted. Wow, a route on the map looked like a straight line! The car smelled of exhaust fumes, I was afraid, immediately stop the drive. At the end of the road slightly “wyprostowała” we arrived at Chur. She was 18 hour. Zameldowaliśmy in the office, and then we pitched a tent in a secluded spot. With barely a meal prepared. That was my worst 200 km in the life. So I was never tired as I drove 2000 km. 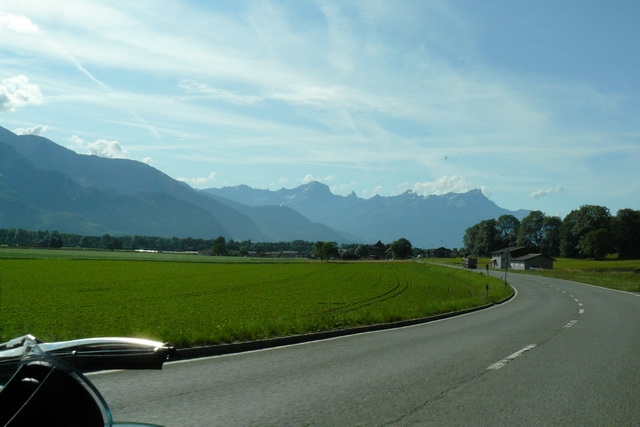 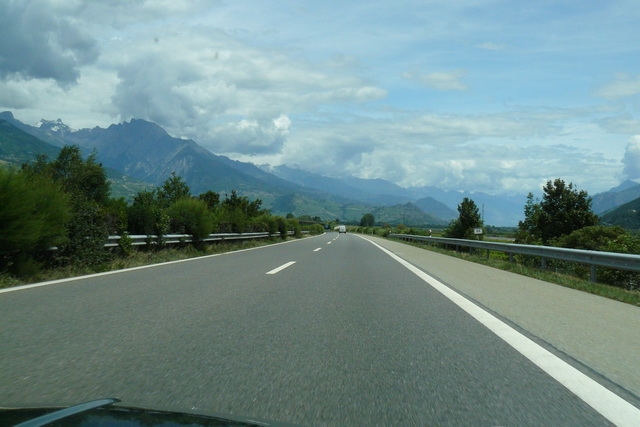 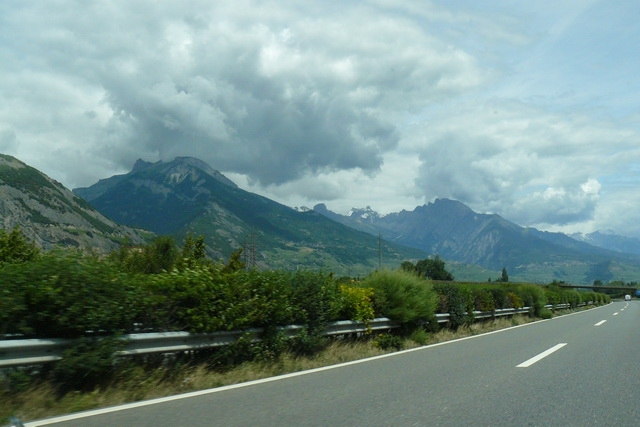 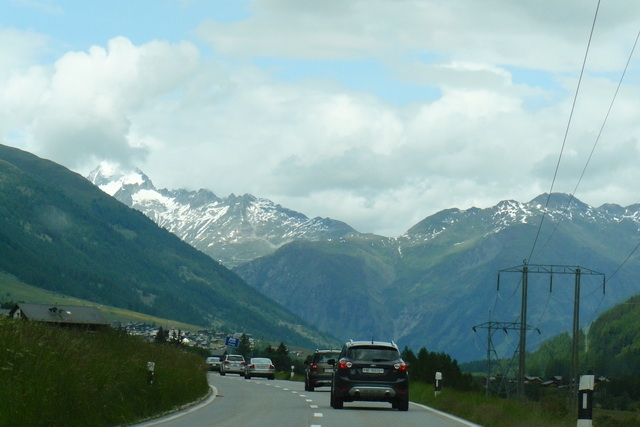 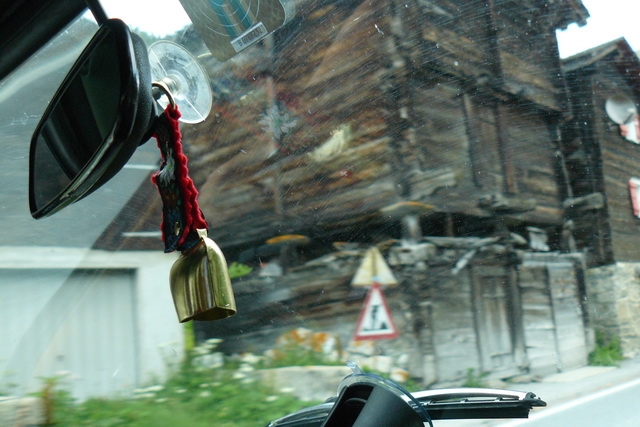 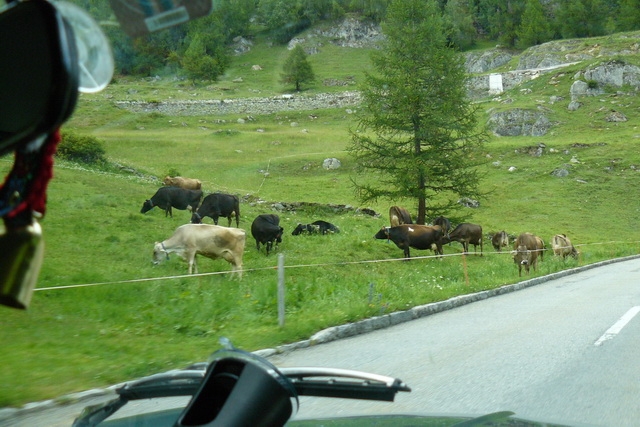 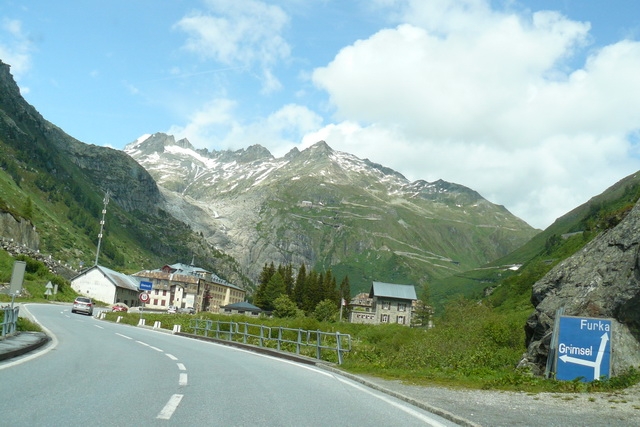 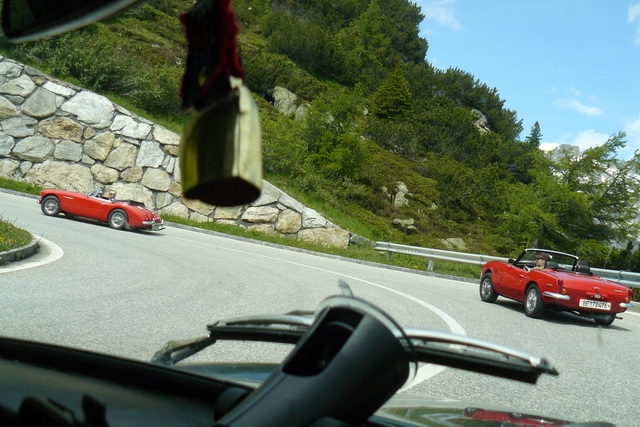 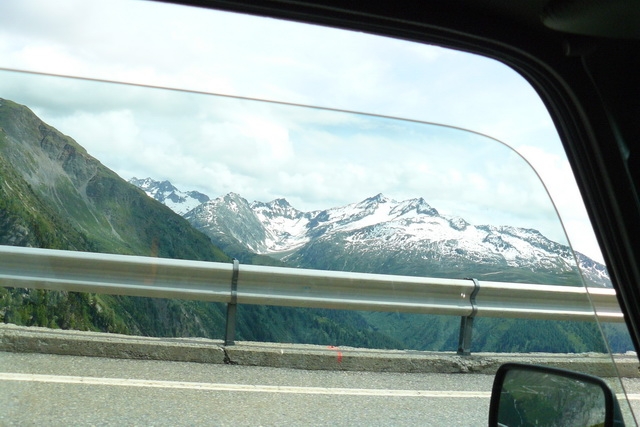 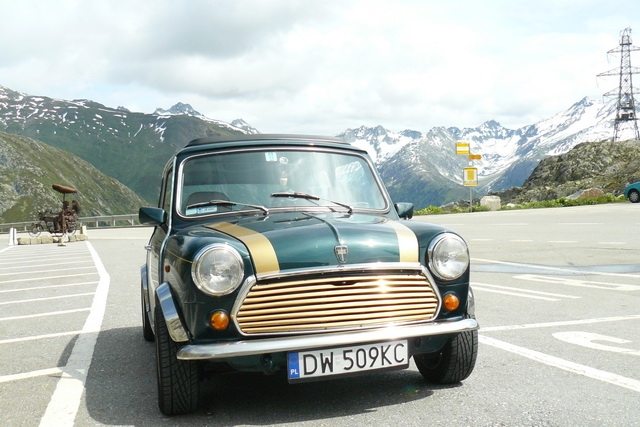 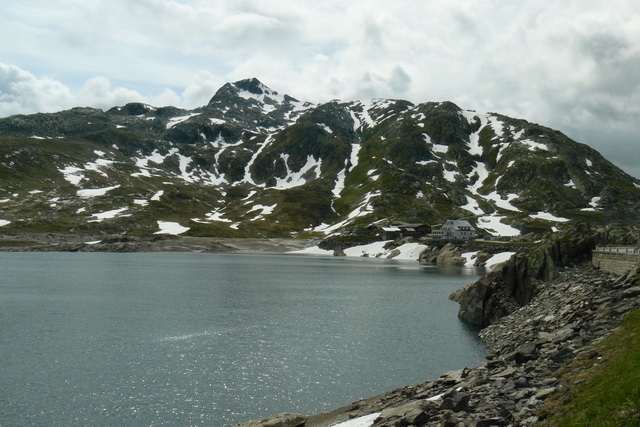 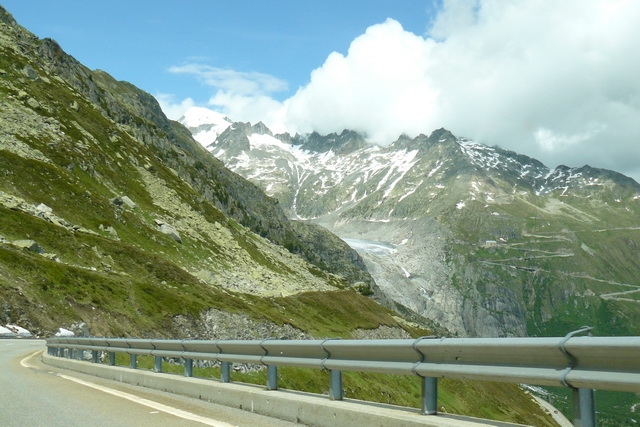 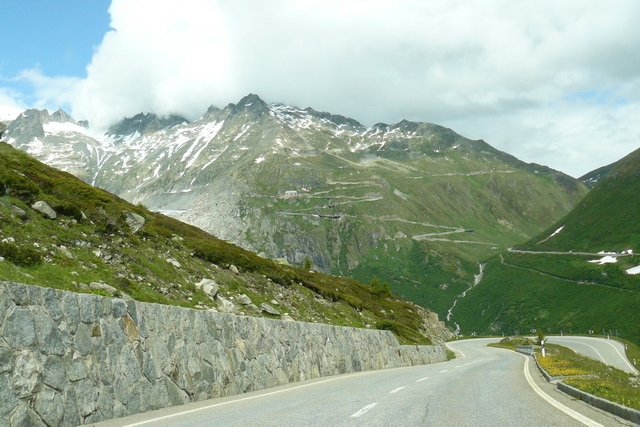 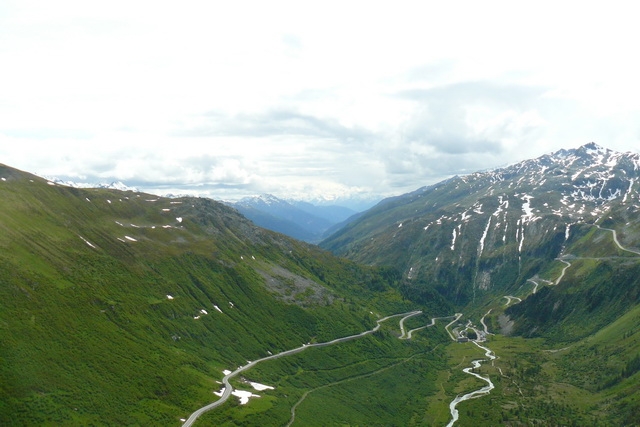 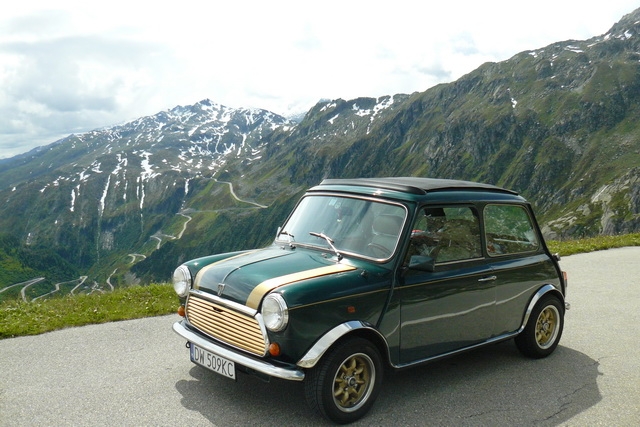 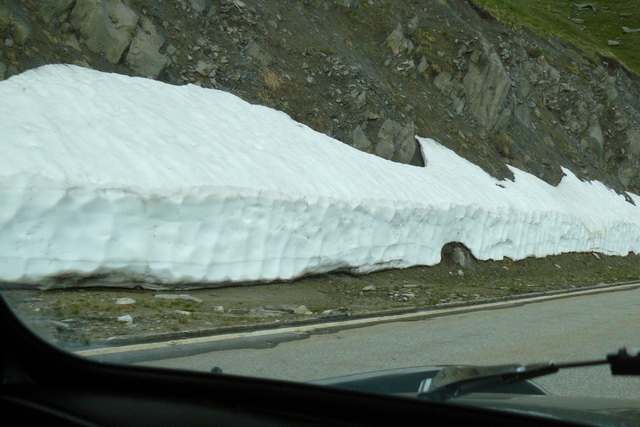 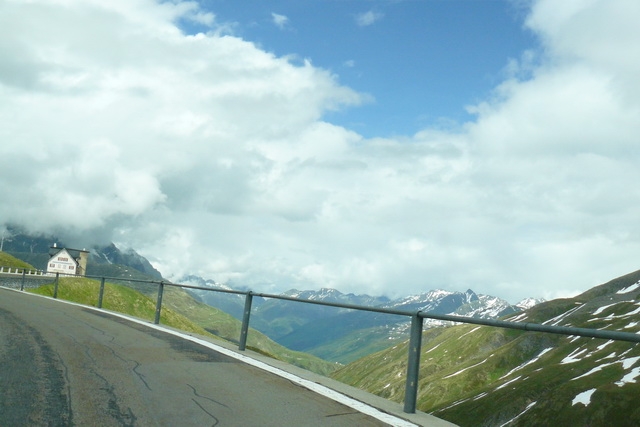 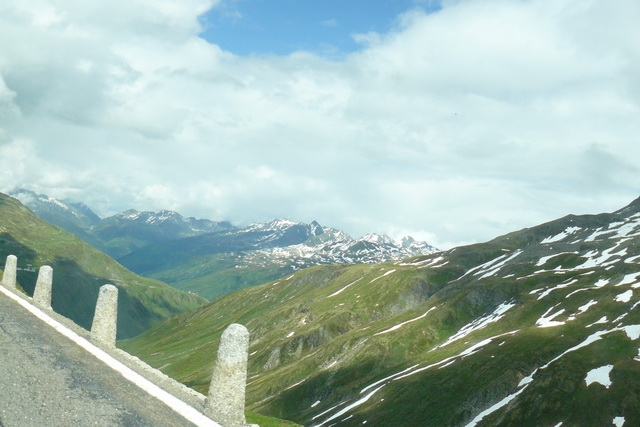 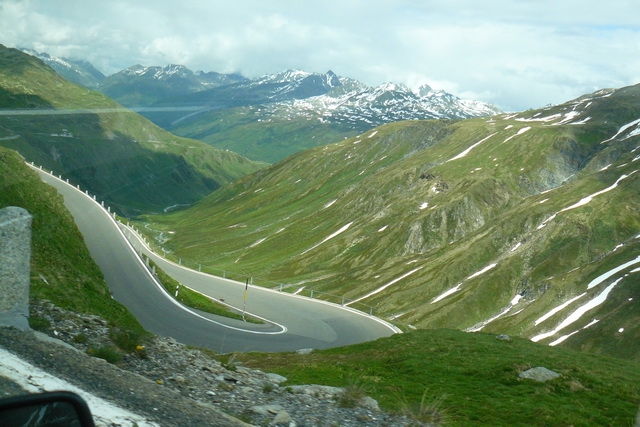 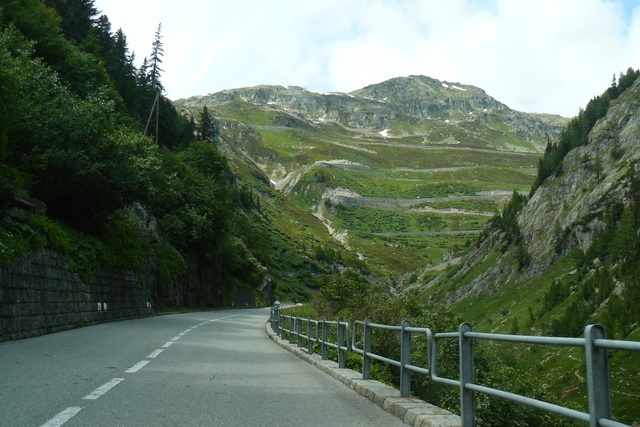