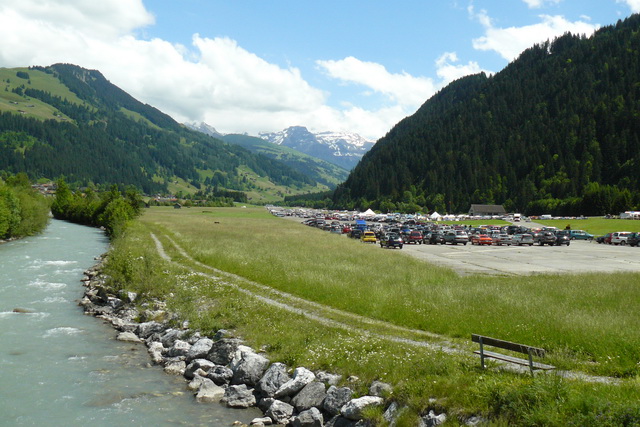 Breakfast similar to that in Germany – nodule, cheese and sausage. We went to the top of the more, Again the weather was good. Upatrzoną route from a trip to Lenka began to climb a steep slope, every now and then we had to overcome special wickets taken in the pasture fences. We scored a magnificent waterfall and decided to shorten the way down going through the middle of meadows and here we heard a sharp reprimand surprise of native, that the grass is not a question. Repentant returned to the trail and kept scrupulously though it sometimes looked like a path trodden by cows and we landed in such a way sulfide.

When the information centers have two cows, and before yesterday, even normally grazed, today no longer – widać minimaniacy już tu dotarli 🙂 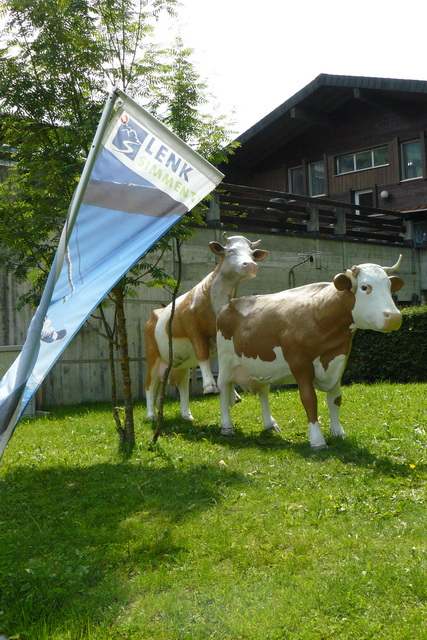 We visited a local bakery and provided with a crunchy baguette we returned to camp. Just in time to say goodbye to Slovenians, who have already traveled. Their visit to the IMMI not understand come on Saturday evening and Sunday afternoon, leaving already, always sat in the hotel and saw them in the camp only twice. Time for giving me the key drag on relentlessly, Maciek kill time at the car resuscitation Baker. We went for a walk in the direction Zweisimmen. I nadszedł przykry ten times zakończenie SMEs 2011. Previously, awards were handed the Olympic struggle, Show’n shine i Yokochama Skills Circuit, Humin which took second place! Congratulations, Andrew deserved the prize because together with the Sultan create a super race team.

Transfer the key was held quickly and without further ado. Hungarians drove miniakiem, took the key and drove off to organize IMM Balatonfured 2012 🙂 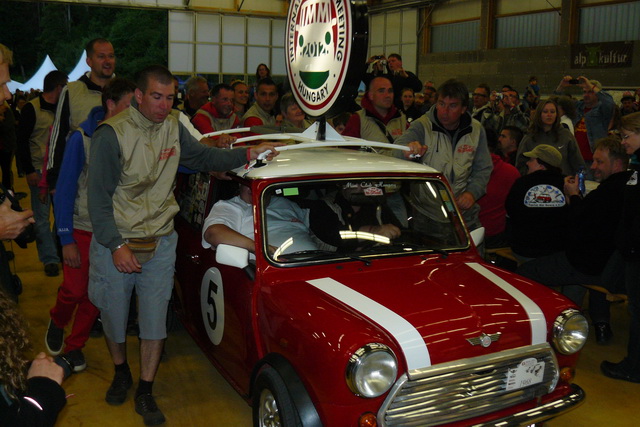 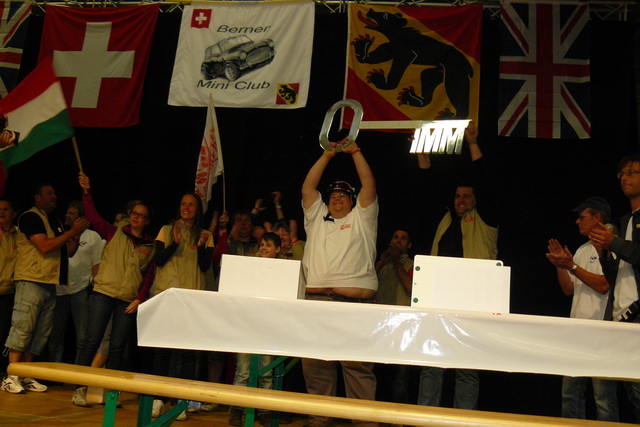 SME 2011 passed into history and I must say, For me that was the best organized IMMem, where I (This was the fourth). Beautiful location, there were no queues, nothing missing, even the weather could not complain. It was worth coming here! 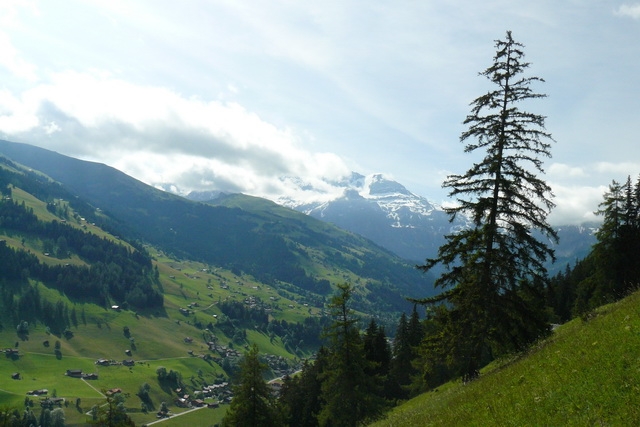 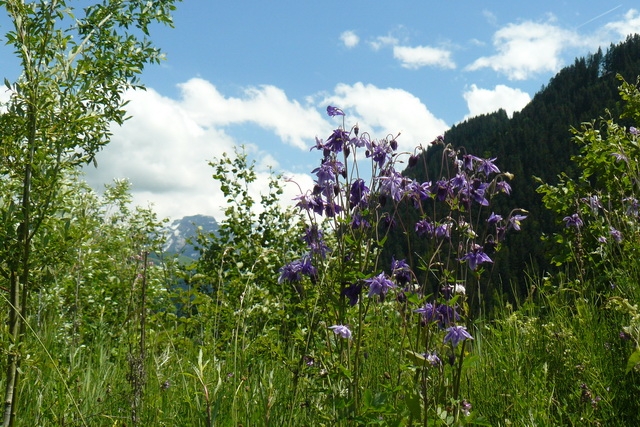 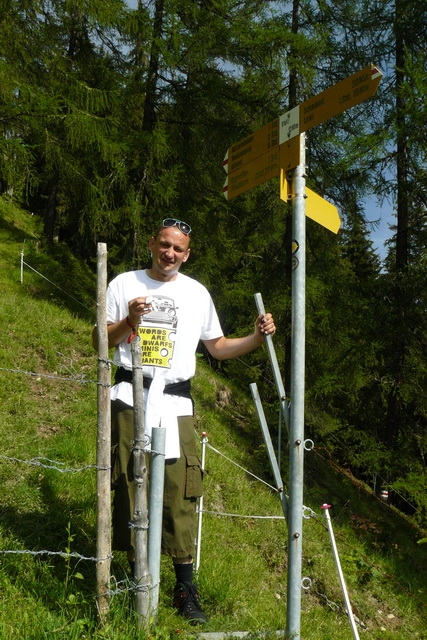 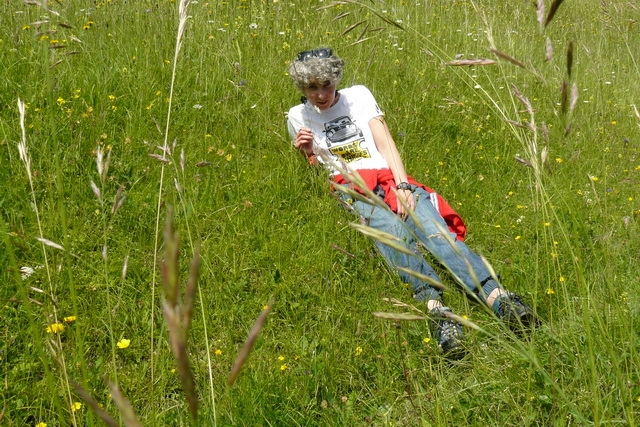 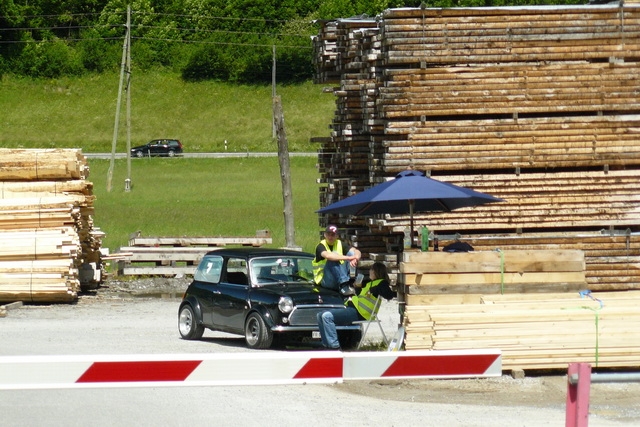 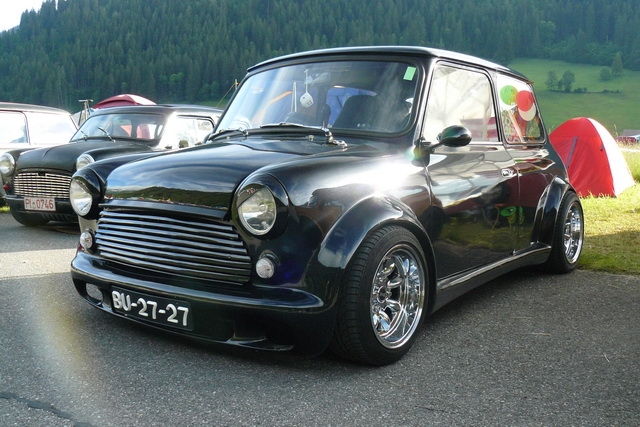 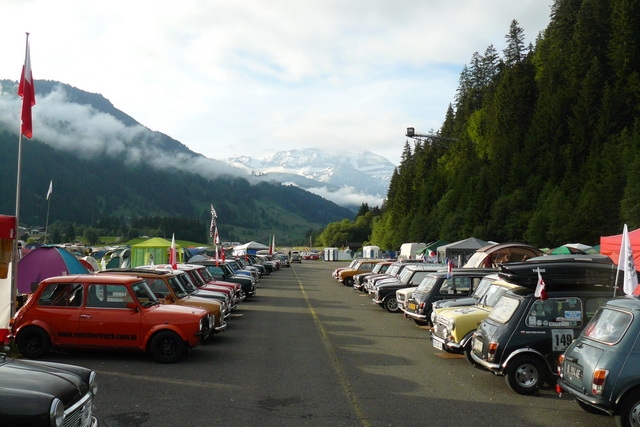 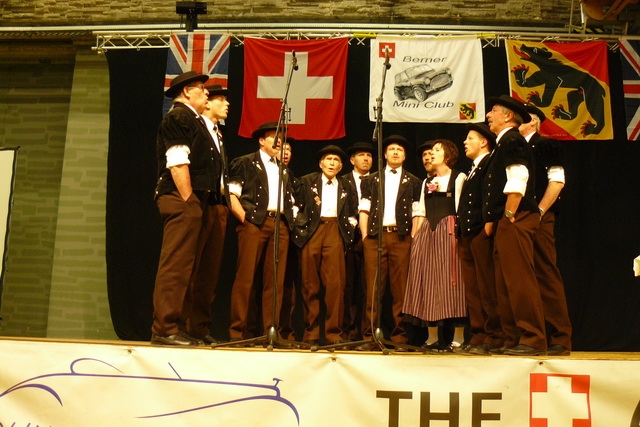