I planned to get up at eight, but as usual at six o'clock I was on my feet. Maciek was not happy with this because. Weather for the ride was great so we decided to go straight to the IMM - 700 km. To 300 km before we reached the parking lot to make a barbecue. A little startled us, but black pudding police we managed to ugrilować ;). Nourished we went to the border. We were lucky, that had not bought the disc because the queue for “winietowców” was large for those who bought (as we) movement took place smoothly (ironically) and before us was barely two cars. 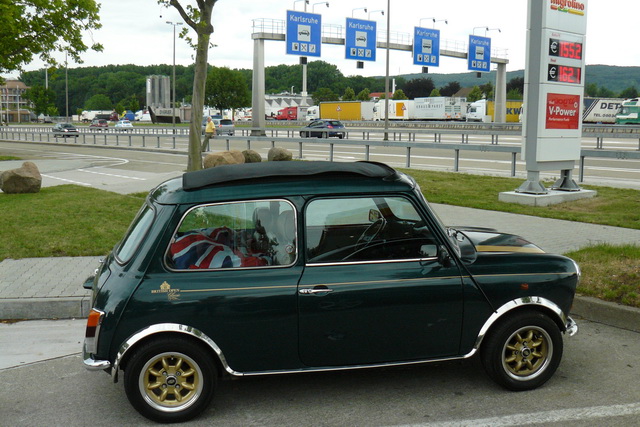 On the Swiss motorway I was going very badly, all representatives and one left lane after overtaking maneuver is not descended to the right. Consequently, the left has been slower and create congestion. 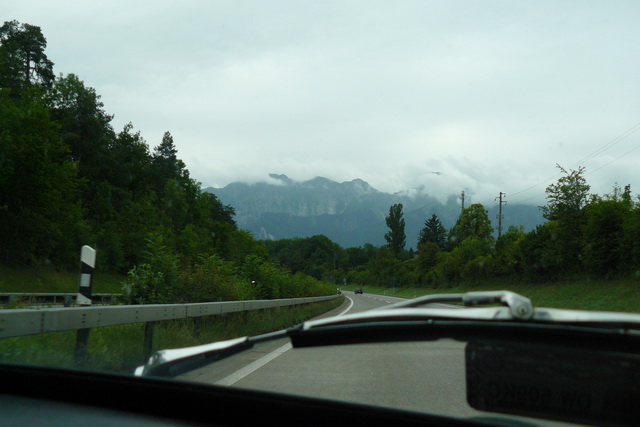 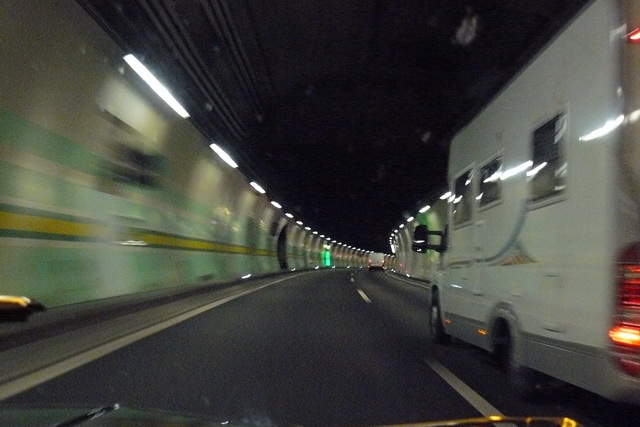 Along the way we met more and more miniaków. The Dutch team we passed several times – once they have ahead of us stood in the parking lot then we passed them, and so with three times. Just before the exit from the main road behind them podpięliśmy and greater team drove to IMMA. In St.. Stephan stawiliśmy about 17.55 - Five minutes before the opening of the registration! Surprised us terrible cold and light drizzle. 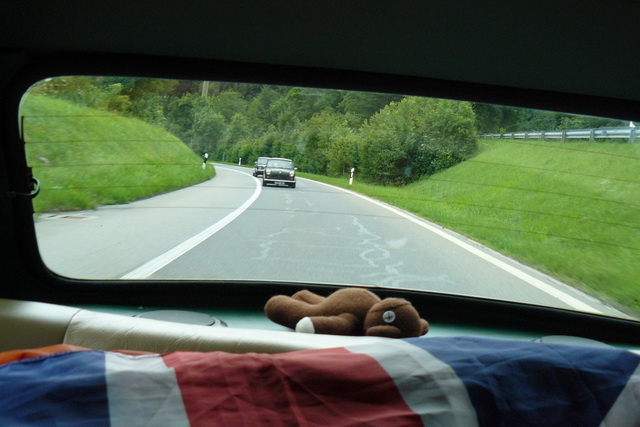 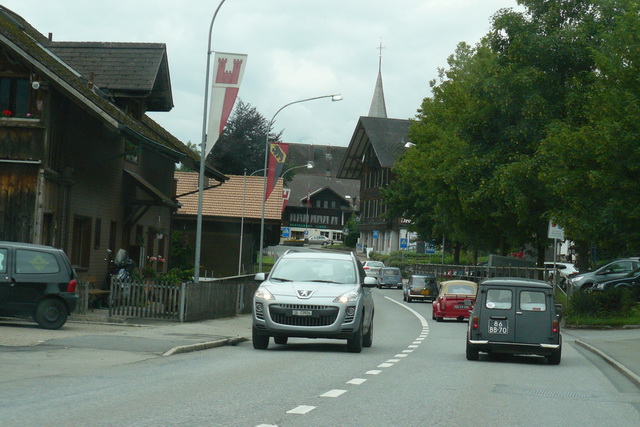 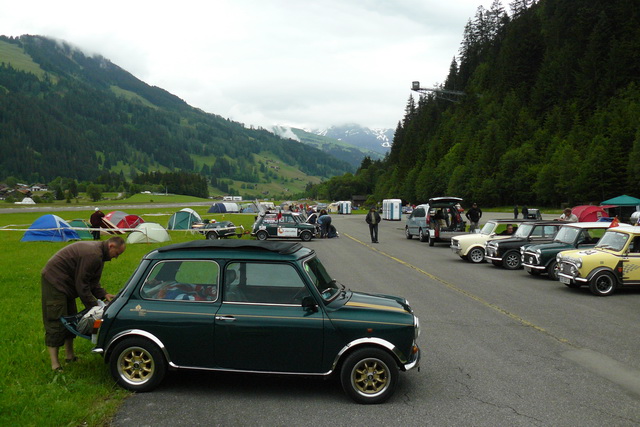