We got up at five, left before the sixth (ATM on the way yet). We drove the standard route, I, that is much better than the alternative autostardę. Weather even, even - it does not rain, pleasantly cool temperatures. We arrived before 11 - In Wawie even without traffic jams. Facility building KC - Miniaki face hidden in a square in the middle. Cold and begins to spit. Few of us, but midday mountain. 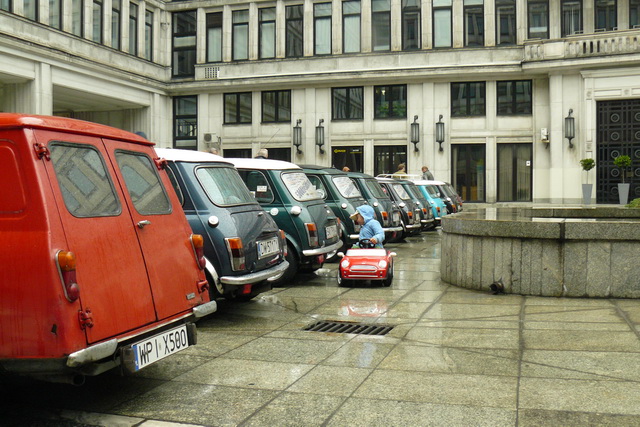 Organization feeble. Raining in earnest, hanging around here and there. Nothing happens, people as a cure. We went to dinner the whole package. Sphinx bet but Ania voted on Rodeo Drive. Defeat. Not only, the third time that I encounter with the order (the other was not) This small portions (microscopic salad) and an average of tasty. Never again. We saw cars rally "Old and New" at the Krakow suburb. A lot of people, despite the rain. We strongly you the BMW organization are predictable, had arranged for a completely different set of cars was on the boardwalk. In the afternoon, the rozkręciło. Picked stripes and emblem of Gawy and lined up for the parade. Of course, without the assistance of the police. He accompanied us decker bus. We moved at a snail's pace - a ban on riding on a red. It started shuffling old / new, and some kick-started a column. At the end we ended up with two cars behind the leader. When you arrive at the place were desired, glass of champagne, tort in vip'y. Traced Piroga, Baczyńska and Adamek. The latter treacherously posed next to a new model convertible - Sellout, ech. Maciek tried on the limited edition of the 50 - The color of hot chocolate with cinnamon. Fura I really like - the price already worse 122 000,00. After 18 returned to the hotel - at a strategic moment worked GPS. Etap Hotel - gives advice. We concluded, that is a cool place to stop if it does not find something cheaper. In the evening we went to an appointment - there was no one, szlajać went after the Wawie. We returned to the hotel. Maciek ran nightly conversations with the manager. 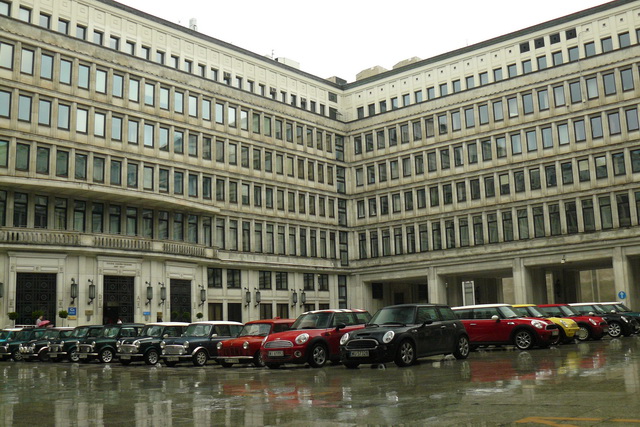