Finally, Expected event! Maciek excitement reached its zenith. We leave. Czech Republic, Slovakia, Hungary. Of course, only to leave with the Polish and good roads. In the Czech Republic at the station buy a vignette, similar in Slovakia. At the border of the Slovak-Hungarian police stops me - I do not know what's going on. The policeman asked where we were going as I said, Belgrade did that stupid face, said, that it is far away and let us. The way we really drag on. 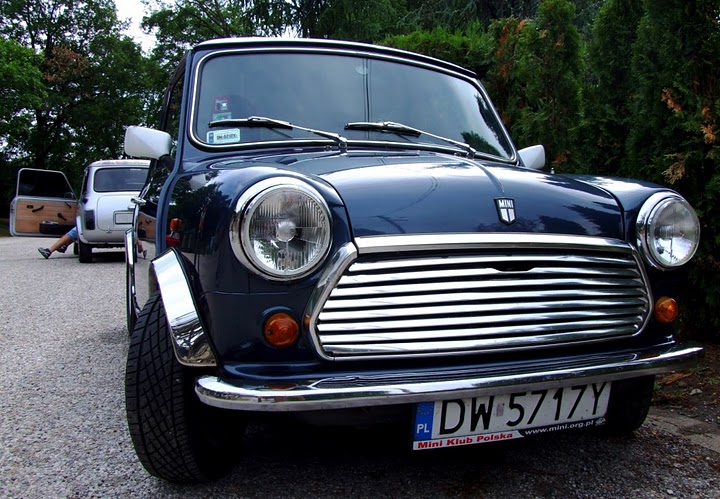 Highway travel so boring. Hungary's extraordinary, pass Budapest. Limit - already forgot how it is to have the border. We are in a small queue - goes pretty fast. Control and enter into Serbia. We just sweep away money abroad. Immediately dopadają us beggars - macabre. Romania some! Flee from there. Again, the highway-like landscape of monotonous prairie, there are no forests and trees. Weather good - the sun is shining but it is hot. Way remarkably good, We think we are going slowly - very foreign Follow signs and regulations, Here no one observes. Move the walls around us red Ferrari at-Serbian war and pans cholera crisis. Along the way, gateways – pay twice. Slowly approaching the Belgrade. Entrance to the city a pleasant. We go and look around. The differences are very throw in the eyes – Europe is not strongly. You can not say the city is huge, are the skyscrapers and historic buildings. You can see the slope where the estate has grown. Cars do not look the best here - battered and neglected. A paradise for enthusiasts of the year 60-70 and South. We stop at traffic lights - dopadają us and begging gypsies. We begin to be annoyed. We have a little problem with the hit. After one zawrotce we reach the meeting place. Maciek calls Ivan - organizer. Wait - arrive in two age mini. Please drive carefully - we're going after them. Joyful significantly broke the black clouds gather, and promises to be quite a storm. Descend from the main road and pass a beautiful neighborhood, green and elegant homes. It is black, porwisty wind sprang up, and it starts raining. Curvy road we enter the top Awal. Rents. We get to the place, the hotel is small, looks like a commune with us. I pray, To our roommates were not - at least I will sleep in. Unfortunately. It turned out, that occupied the cooler bed near the window - we have bunk beds. Quick decision and we sleep together on the bed bottom. In the bathroom dolnospółk, which I have not seen for several years. To wash have done a good acrobatic essays to the pipe was leaking and the walls of the liquid water. Our roommates came as we slept. I felt awkward but somehow resistant to the morning - I got up quickly to the bathroom and into the yard. 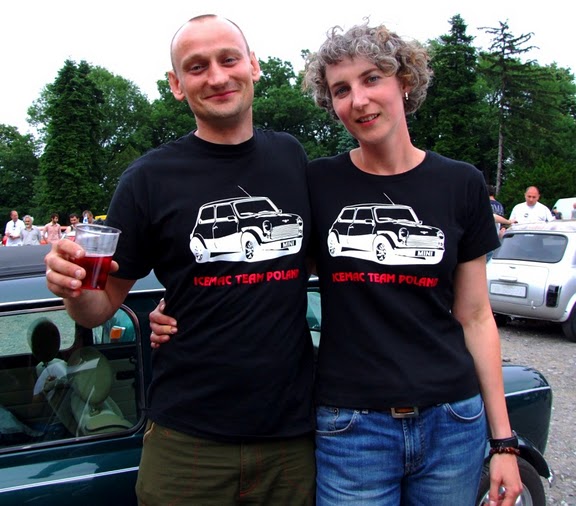 It turned out, that they live with us 3 cute puppies. As soon as we left we treated the parents and went everywhere with us. To, What strikes in this country is poor animals. Hungry, neglected, stray. Szwendają in small groups, roam anywhere in the garbage lay scattered about. My heart was aching looking at these little. As soon as we stopped to lay their heads on the boots and sleeping - just wanted to heat. We managed to escape from the little ones. We sat a moment in the sun, przybłąkał a dog, keeping the distance and sat watching us. Podejrzewaliśmy, that this is the kids mother. Wychudzona, zakleszczona, bidula. I started to fatten her sandwich, We have been from yesterday. Not approached, was very scared and distrustful, I threw her sandwich and she ate it with relish. We went for breakfast. It turned out quite a failure. First tablecloths except from the news were not washed – suspect, had a pair of springs, took a pad of paper, To eat them, and limit contact with the cloth. Hard-boiled eggs, parówy, see in drzem. The bread was excellent for it - bread flour. We had to buy the coffee - it was hideous. Po not wystawnym śniadaniu poszliśmy auto pucować, Moreover, the same as the other participants. In the evening, "said Ivan, that come after us so, and so we had to wait for him.. When our baby was accompanied pucowania, carelessly slept under the wheels. In the end came after us. We set. It turned out, it is still a hotel, where they slept, Slovenians and Greeks.

We went to the city. Very nice rode in a larger column. We arrived at the office - have been there miniaki, zjeżdżały still too new. Naliczyliśmy about 60. This is a very good turnout, fantastic as the "first time". In general, the organization was great, Ivan done some good work. The sun shone, watching miniaki, talked with other participants. Maciek has been interviewed for two television.

Then, escorted by the police went to the top of Awal. All of our red, especially the police blocked crossings. Newspaper accompany us on bikes. Driving through the streets of a strange coincidence, we ended up at the end of the column, Suddenly we saw miniaka, who stopped on the shoulder and the boy with him, waved to us. Proved to be stopped, it's Thomas from Slovenia, asked to take it with you. Despite the lack of space, somehow he managed to push and went. And then it turned out, that there is no pack - we lost column. When we started to go dark, we saw a policeman at the crossroads - drove him to ask where we go. He did not know but I asked the guy from the press on a motorcycle, moment that led us. Dwupasmówką we went to the junction and suddenly some 100m from the junction whistled at us yet another policeman - were driving in reverse - breaking all the rules. The guy from the press to explain to the policeman what was going on, said, we rode behind him. After a few intersections we drove to a police officer on a motorcycle and the guy from the press said, we now have a private escort, which leads us to the aval. We set. We were all caught up in the unsupported. It looked divine - a policeman on a motorcycle and we miniaczem. Along the way, was a small cap - pendulum - a policeman joined our cocks and gave us a signal and a sign that we were going after him - the red pomknęliśmy upstream face of the proud. The natives did not know what's going on, and we had Joy.
Tom, predicted, number that would be good as we get there first, and his words come true. A policeman showed us the way up the hill and left us. Pomknęliśmy winding road to the summit and there… one. Children's prepared and we were the first. After a few minutes the car started to veer, We could not figure out what the abbreviation policeman led us all the more, the way that we have not seen any miniaków. After parking the cars was the collective view, exchange of experience. Treated to the native cakes, Slovenians hooch. The atmosphere was sensational. 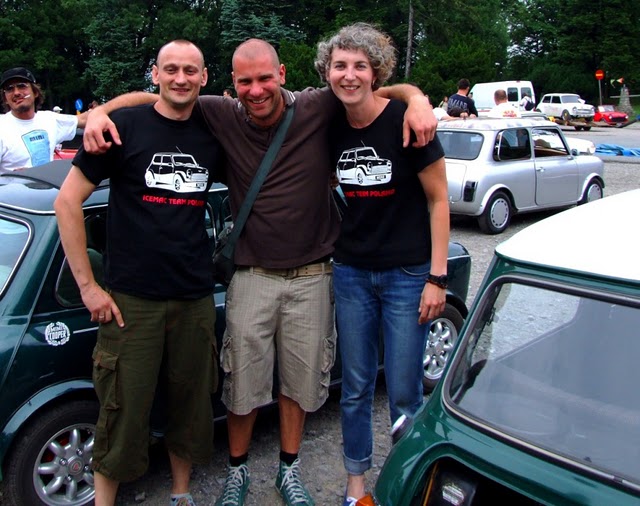 Thomas presented his Stage III. Arrived classic cars. We are the Slovenians went to dinner and ate a sensational meats.
After the feast was held on the official part of the rally with an awards ceremony. Even I did not expect, that will get the prize, all the more special. I knew, Ze Aris zgarnie long distance! Miniakiem drove up to the stage and Maciek a show with a microphone. And even though this, have established, that will not come for the year as a publicly declared, that in the next year or we will come!
In the evening we returned to the hotel and partied on the grill. Tables were laden with the specialties. Great Balkan cauldron was reconciled at the same table (sorry two :)). Together they play with Macedonia, Serbia, Hungary, Greece, Moldova, Slovenia, Well, Poland Zagreb.
Morning wake-up call, already so I do not mind Macedonians and we left our home.
On the way back we stopped in Budapest. He was to be a long stop but because of the rain we had dinner and just drove away. Posililiśmy in a pub with fantastic views of the parliament.
In the evening we were at home.