After returning from the Netherlands found unanimously, that to ride the long distances we have to change seats. After a short search we bought seats from Honda del sol. Cool, profiled ala buckets. We invented an upholsterer – Adam told him and went on a selection of the material. 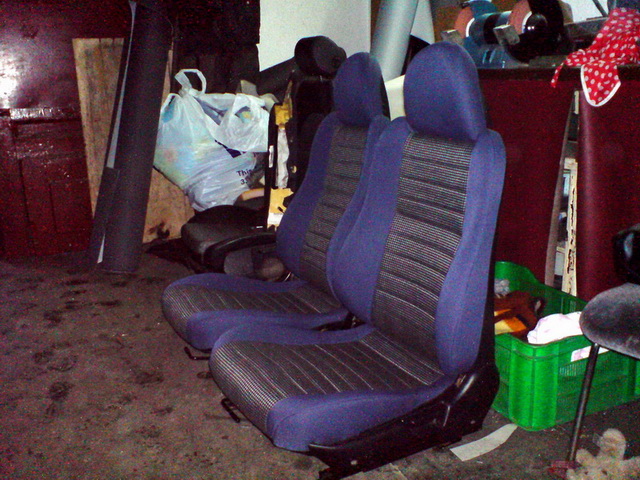 My disappointment was great – I imagined it is not known how the choice of materials (I dreamed gray navy krateczka) and here is quite modern and uninteresting materials. After a long marudzeniu chose “in dots” in tones of gray and navy blue. I did not sleep the night and the fields of 7 in the morning I called the upholsterer, not to obszywał this material. I was afraid, that will dappled. It turned out, he was already dead in the shoes because the whole is cut and were only trimmed seats rest is. We went to pick up, and the effect exceeded my expectations. Upholstery presented very elegantly. Maciek some difficulties mounted the seat and drove back already. 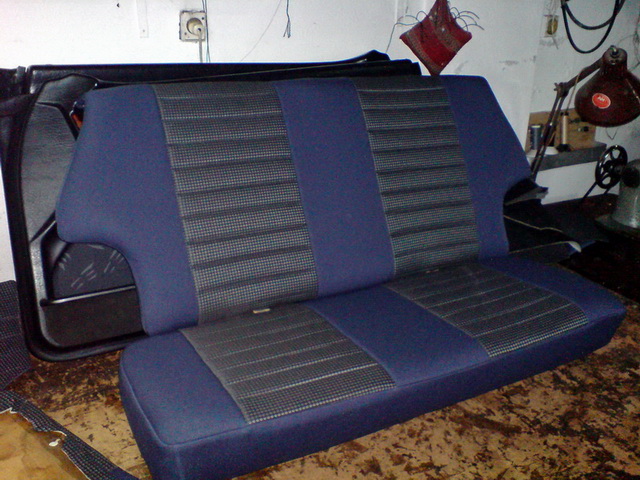